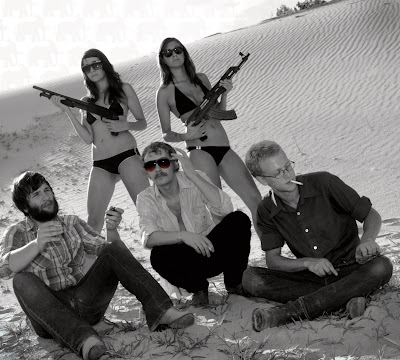 Deer Tick "Art Isn't Real (City of Sin)" - mp3
I'm certainly glad to see good things happening for John McCauley and Deer Tick. When opening for Jaymay a few months ago, he lamented having such a shitty label and encouraged everyone to illegally download his album. He didn't even have any CDs with him to sell. It felt kind of like he was at the end of his rope with the whole thing, which is sad because he is really a talented songwriter. Luckily Partisan Records has saved the day by (hopefully) giving him the deal he deserves. Yeah - that's the cover art by the way. From the press release:

"Partisan Records is ecstatic to announce the signing of Deer Tick. Partisan will re-issue Deer Tick's debut War Elephant on November 25, 2008. The re-issue will be released on both double limited edition vinyl and CD with new album artwork. Partisan Records will also be releasing a full-length album of early original Deer Tick songs at a later date."

Exciting stuff. Deer Tick will be touring with the Felice Brothers this fall. Definitely a great bill. Dates after the jump. 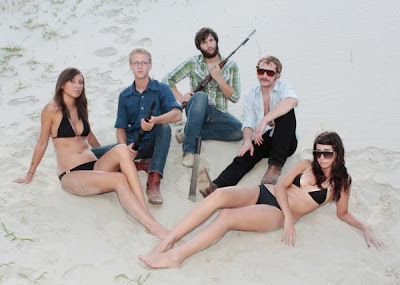 * = w/ The Felice Brothers
Dictated but not read by StarkNY at 5:34 PM