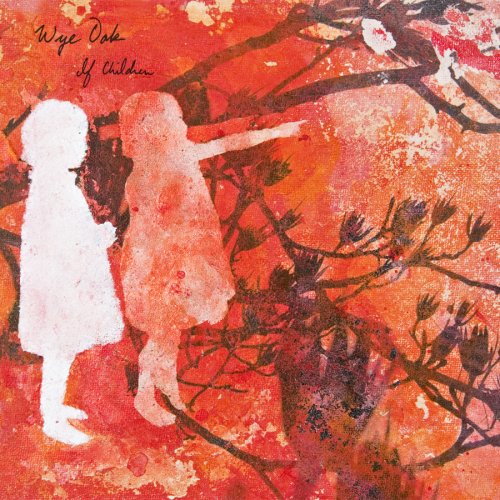 Review by Vince Amoroso
Even though it was released in April, we just got our hands on this record, but it has not disappointed.

Jenn Wasner and Andy Stack struggled with a band name, eventually settling on Wye Oak. The duo, hailing from Baltimore, Maryland found poetic justice in naming their band after the state's honorary tree. Wasner and Stack also struggled with producing a debut album, which they achieved with If Children, only after a blitzkrieg of recordings in various basements and apartments. There is no sign of immaturity or pensiveness on this, their first album. Wye Oak produce soundscapes and layered musical complexity like that of seasoned professionals.

If Children wanders, ebbing and flowing between delicate vocal lines and effect-driven guitar vamps. The album is seamless, providing balance in a way that begets a cover-to-cover listen. On songs such as " Keeping Company," George Winston-like piano balladry accents Wasner's whispering yet powerful vocals, creating time and space. Choral harmonies add to the build-up of emotional suspension, while tambourine and drum-rim-backed percussion provides the necessary release. The song's cyclical nature leaves listeners with a tender balance of musical highs and lows. While songs such as "Keeping Company" and "Please Concrete" highlight the vocal abilities of Wasner, tunes like "Orchard Fair" change gears, employing a common theme of the album.

The latter songs profile the guitar playing and songwriting abilities of Stack. While he does sing (rather nicely) on tunes such as opener "Archaic Smile" and "A Lawn To Mow," Stack's multi-elemental guitar sounds are his draw. "Orchard Fair" encompasses Radiohead-like guitar structures and feedback effects with Stack joining Wasner on vocals - the vocal combination only makes the tune that much more powerful.

If Children makes you want to get lost. Wasner and Stack do their best to lead you into oblivion, then bring you back, song-to-song throughout the entire album.

(Special thanks to Christina at Merge)