Ezra Furman and the Harpoons Hit the Studio - Need Your Money 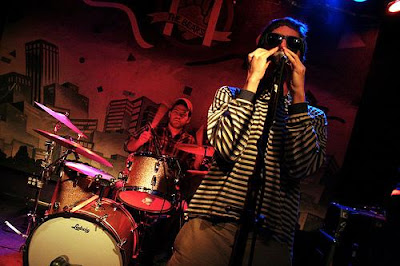 Boy wonder Ezra Furman and his band the Harpoons are heading into the studio this week to begin recording their second LP with producer Brian Deck (Modest Mouse, Josh Ritter). Banging Down the Doors (Minty Fresh) was a crisp and electrifying debut from one of the most promising young artists out there right now. If you don't have it definitely buy it. Now. Then get excited for the next one. From the band's website:

Extra! Extra! Ye old Harpoons are heading back in the studio to make a rockin goddamn rock album. And you’re going to like it. We’re in Chicago right now polishing up some songs before we go to Engine Studios with our pal Brian Deck. Our first day of recording is on Wednesday, so we’ll have some more updates soon.

In other news; we graduated from Tufts, we’re broke, and our van lost power steering today (yes that is dangerous). Ironically, our first tour ever was deemed the “Broke and Hungry” tour, yet we actually made money. Now that we’re real musicians, we’re more broke and hungry than ever before. Gimme a whattttttttttt??? Gimme a yeahhhhhhhhaaaaaahhhhh!!!

Dictated but not read by StarkNY at 8:31 AM