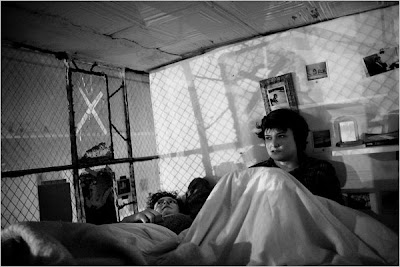 This week I learned that MTV plans to film the 21st season of The Real World in . Like most shows on MTV, Real World seems almost exclusively populated with some combination of attention-seeking/racist/arrogant/homophobic/drunken/sexist /painfully stupid excuses for human beings. (I generalize, but if you’re over the age of 17 and you’ve watched this program or any of its asinine spin-offs lately, I suspect you’ll agree.) They haven’t picked a location yet, but The New York Observer speculated about both and as possibilities.

Gawker was quick and clever to outline their own plan, calling for the series to be filmed in the McKibbin Lofts, which brings me to my point. Profoundly uncool non-hipster that I am, I first read about McKibbin last week in The New York Times, which presented the two-building complex as a squalid haven for New York’s most recent generation of struggling artists, akin to “Greenwich Village 60 years ago, or SoHo 30 years ago, or the East Village in the 1990s.” Fascinating, I thought, scanning the related slide show of artsy black and white photos depicting the trendy, creative-looking folks who live in these sprawling industrial relics.

Then I read the story. According to the Times, these kids are effectively sleeping in cubbies, 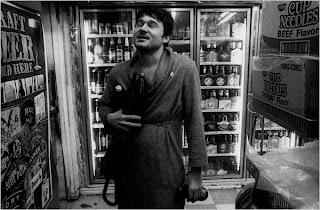 sometimes windowless, often with bedbugs. It’s loud, and occasionally people steal your stuff or piss outside your door. There are lots of parties, but some of them are lame. This is the new Utopia for starving creative types? The music/art/film that defines my generation may be spawned in these massive former industrial buildings barely suited for human habitation? I mean, I get it – artists are supposed to starve and this probably just a stop along the way and fodder for the craft, but it all seems a bit homogenous to me.

Together, the McKibbin buildings house about 600 of what the Times terms “mostly white hip young things.” Located in East Williamsburg, , the surrounding neighborhood is a rough and different demographic. These buildings are effectively islands, and one resident interviewed in the Times story says: “You don’t have to leave this building, with the exception of food. I don’t really speak to the locals.”

If art is borne of originality and imagination and McKibbin is home to a bunch of carbon copy hipsters who don’t see much reason to leave the compound, just what brand of creativity does this environment foster? I’ve never been to the lofts, and surely a few Gawker posts and a Times article don’t tell the whole story. Based on what I’ve read though, I’m all for tossing the next group of Real Worlders into McKibbin and seeing what happens. Even if no one learns anything from their differences, hipster artists v. MTV blockheads would make for damn entertaining TV.

Dictated but not read by StarkNY at 11:01 PM

amen sister. throw them in wburg and let the "hipsters" eat them alive / clamour over one another to appear on tv, albeit lowly mtv. either that or let the true east williamsburgers (ie Bushwick / Bed-Stuy folks) have their way with the real worlders.

now THAT may be something that could induce me to buck up and get cable.