PLAYLIST FOR THE WEEK 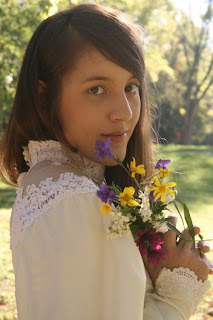 Caitlin Rose:
To begin, go here, download and listen to Nashville singer, Caitlin Rose's cover of the Rolling Stones' "Dead Flowers." While she draws more from the equally moving Townes Van Zandt version of the song, Rose manages to deftly touch upon the necessary edge, wit, and sarcasm found in the original Stones' version. Rose is a fixture on the Nashville music scene and is beginning to generate buzz worthy of her voice. A modern blend of Patsy Cline, Loretta Lynn, Townes Van Zandt and Bob Dylan, Rose will be one to watch in '08. She just released her EP, Dead Flowers and has an LP planned for this summer. Thanks to Lee Stabert at the Nashville Scene for this one. See Stabert's feature here. 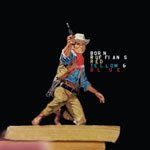 I recently read a review of the new Born Ruffians album Red, Yellow, Blue that described the vocals as "yelping." I don't know if that's good or bad. What I do know, is that the back-up singers on this record, really do yelp. The songs are pure indie rock: hooky lines, forms that morph and high-energy delivery. Honestly, the jury is still out on this record, but one thing can be said, the sound is fresh, catchy and crisp. I guess that's enough to please.
Song Sample: I Need a Life 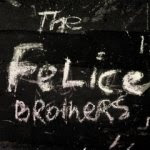 Felice Brothers:
I had high hopes for this self-titled record — to say it did not deliver, is unfair. However, there is something missing. Their sound draws from everything good about Americana music these days. It has the rag-tag feel of the Basement Tapes, the folk melodies and vocal delivery of the Roadside Graves, and ok, one of the signers sounds exactly like Dylan. Enough said right? Well, unfortunately the record drags. It's drawn out, and has one too many mid-tempo ballads (which I'm usually a sucker for). Yet, I can't complain — it's good music made by good folks. Check out one of the highlights, "Frankie's Gun." Bang, Bang, Bang.

Toumani Diabate:
I know very little about this artist. A co-worker turned me onto him and I know he recently played the Bowery Ballroom in New York City. Diabate plays some of the most gorgeous instrumental music I have heard, well, maybe not ever, but in a damn long while. Toumani is from Mali and plays the kora, which is essentially an African harp. His music sounds like it was composed hundreds of years ago, and dare I say, recalls traces of Bach, and Vivaldi. Yeah, it's that good. Amazingly, most of his playing is improvised. I don't know much about African music (I'm learning,) but this is just amazing. Go buy now. 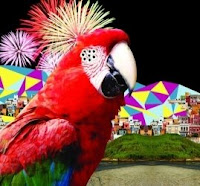 This one came direct from the blog world and straight onto my list of most anticipated releases. Their most recent record, Alegranza!, recalls a Spanish-style Panda Bear, which is nothing but a good thing. Samples of noises and sounds, laughter, steel drums and applause, all float in and out of expertly blended tropical rhythms. With tinges of afro-beat and Spanish pop, El Guincho create one of the best summer- driving, cocktail- imbibing records of the year. Don't play it around your parents though.
Dictated but not read by StarkNY at 10:35 PM