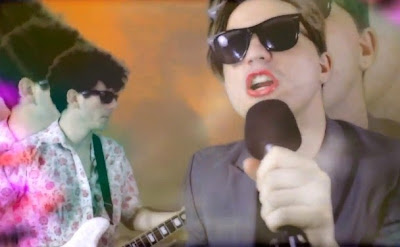 Quickly rising Florida band Merchandise has just inked a deal with indie heavy hitter 4AD for the release of their new record After the End (8/25). Their new single "Little Killer" came out today accompanied by lead singer Carson Cox's directorial-debut video. Gareth Jones (Depeche Mode and Tuxedomoon) produced After the End - while Merchandise's post-punk gothy ethos shines through spectacularly. Below the vid is the best song from their last album - "Anxiety's Door."


Dictated but not read by Starkny at 3:10 PM