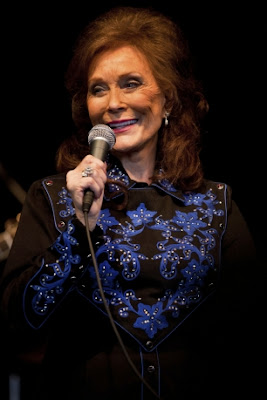 While perhaps not bound for #1 Hype Machine blog glory - if Loretta Lynn sings a song about the Civil War, I'm probably going to post it. While we haven't had new music from the ageless country star since her instant-classic collaboration with Jack White 'Van Lear Rose' it's great to hear Loretta singing over some front porch banjo and fiddle. Details from Rolling Stone:

Dictated but not read by Starkny at 10:43 AM