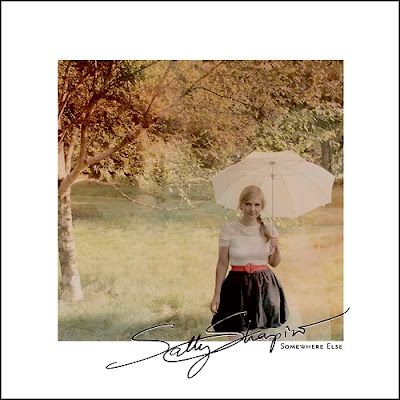 It's been a big few weeks: the East Village blackout, Sandy devastation, Brooklyn relocation, voting, and election day -- not to mention CMJ just a few weeks back. We're pretty faithful to our faves here, so we're taking a few seconds from the chaos to get this blog up on its feet again with the new single from longtime favorite Sally Shapiro. Today, she announced the follow up to 2009's My Guilty Pleasure. Somewhere Else is out February 26. The excellent new single "What Can I Do" is below. We're suckers for her throwback nostalgia-laden disco melodies. Via the press release:


Somewhere Else features Electric Youth (known from the Drive soundtrack), Anoraak and Le Prix. The duo's melancholic harmonies and the 80s disco feel are still present, but there are also indie pop influences (á la Belle & Sebastian), as well as touches of funk, IDM, trance, jazz and ambient. Shapiro says, "The title describes the recurrent theme in the music and my life, to somehow never be satisfied with what you have, or where you are - to always wish you were somewhere else."

Dictated but not read by Starkny at 11:08 AM

Email ThisBlogThis!Share to TwitterShare to FacebookShare to Pinterest
Labels: mp3, Sally Shapiro, Sandy, Somewhere Else, What Can I Do