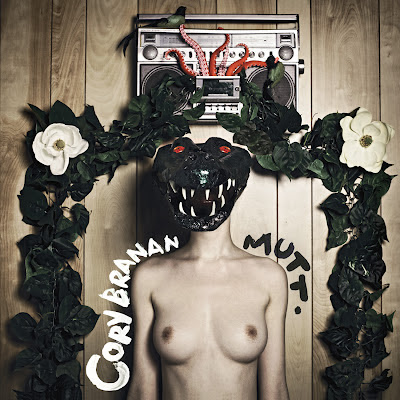 "Cory Branan's got an evil streak / and a way with words that'll bring you to your knees"... Lucero's Ben Nichols wrote in "Tears Don't Matter Much" back in 2003. We haven't heard from Cory much since his last release 12 Songs, which came out three years later in 2006. We loved him in Nashville during a recent visit, and patiently waited for some news from this talented songwriter. Just recently, Bloodshot gave word his new album Mutt was dropping 5/22 and gave us a taste of the record with the debut of a new track "Bad Man." As with all Cory Branan music - it's going to take a while for his witty, complex, and poignant songs to take root - but we just wanted to share the good news w/ fans today - and everyone who might not even know who Cory is... yet. Also, he has boobs on his album cover.
Dictated but not read by Starkny at 3:20 PM