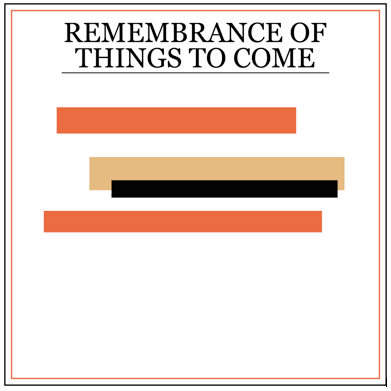 We were initially apprehensive when we heard Princeton were taking a minimalist orchestral approach to the songs for their new album Remembrance of Things to Come, released yesterday. It wasn't until we heard the album via a Paste full album stream that we realized their charming west coast pop sensibilities were still intact, and in fact - better than ever. This is a more mature band, and one that has honed their song-craft for the second LP. Indeed including flashes of orchestral minimalism, their new songs still feature the wistful vocals we've come to love from the previous Princeton record, and our longtime favorite side project Kisses. Check out the Camera Obsucra remix, buy the album, see them on tour, stream it at Paste - do whatever you want - just tell your friends.

Dictated but not read by Starkny at 11:39 AM