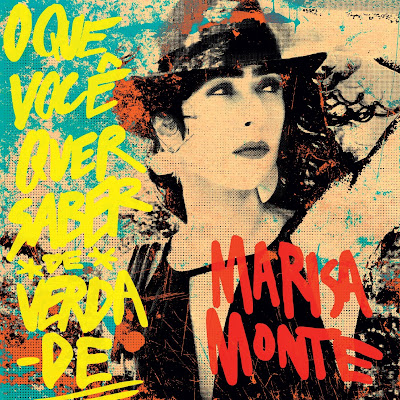 If you've never heard of Marisa Monte, and tell that to a Brazilian, they will look at you as if you said you had never heard of Madonna. Monte has amassed stellar catalog dating back to 1989 and can easily sell out the Beacon in New York, despite not yet being a household US name. Monte has collaborated with the biggest names in Brazilian music, and of course, Brazil's un-offical US ambassador David Byrne. The facts are staggering: "The “Infinito Ao Meu Redor” worldwide tour... hit 140 shows throughout 50 cities in 15 countries across 4 continents. Monte has sold 9 million albums and won 3 Latin Grammy Awards. She was named the most important living Brazilian singer by Rolling Stone Brazil." Today, in exciting news, Monte announced the release of O Que Você Quer Saber De Verdade (“What You Really Want To Know”) due March 27th on Blue Note Records. All the pertinent info is below (from the press release).

Dictated but not read by Starkny at 8:34 AM