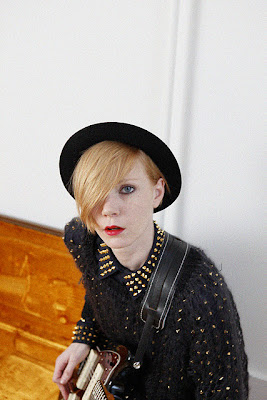 It's been too long since we've heard from the excellent songwriter Lissy (not Lissie) Trullie. After a series of great singles, a hit Hot Chip cover and a stellar EP, Trullie today released the new single "Madeleine" from her forthcoming self-titled debut for Downtown out March 6th and produced by John Hill (Santigold, M.I.A., Shakira) and David Sitek (TV On the Radios, Yeah Yeah Yeahs, Liars). While "Madeleine" is not as sharp and edgy as we expected from Trullie, it's melodic and rich in texture with just the right elements of NY grime. Very much looking fwd to this new release.
Dictated but not read by Starkny at 4:52 PM