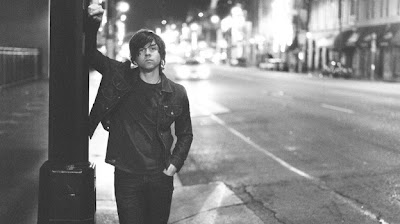 For over a decade, critics and fans publicly waited for Ryan Adams to re-create the sweetly-sad melancholy country of his first post-Whiskeytown solo album Heartbreaker. Every album thereafter was compared to this career benchmark, justly or unjustly. With Adams’ latest release Ashes and Fire (10/4, PAX-AM/CAPITOL) it seems after three straight listens at NPR, everyone will have a new high water mark to compare future releases from this overly prolific songwriter.

It always seemed strange that the populace would want an artist to copy, or repeat themselves. But still they clamored for Heartbreaker Part II. Vocal opponents claimed to abandon Adams due to his indulgent side projects, and his lack of consistency across a plethora of good (some VERY good) but not great albums.

Which brings us almost full circle to Ashes and Fire. Stories from the Adams' camp and interviews point to a rigorous editing process with storied producer Glyn Johns. Ryan even claimed in a revealing Guardian interview to have thrown out 80% of his material after hearing new music from Laura Marling. Ashes and Fire, delivered at a whisper, captures a somber, mature artist who seems at the peak of his craft. Gone are the cocky overt arrangements found on many of Adams’ electric albums, and frankly poor songwriting decisions contained on some acoustic affairs. While Ashes stays mostly in one gear for the entire record, the songs and production deliver in spades, and that’s what truly counts on this amazing album.

In this flash-in-the-pan age of blog buzz bands (often covered on this site) one’s forced to ask “who is even going to still be making music 10 or 20 years from now?” Bob Dylan’s catalog comes to mind, complete with artistic missteps, and outright failures. Yet, when viewed holistically it’s the track-record of a genius. Ryan Adams, while maybe not a Dylan-level genius has the potential to put up Dylan-like numbers, warts and all. Yet ultimately it’s downright comforting to know that Ryan will still be here in 30 years, and when we look back, we can almost guarantee his catalog will shine as brightly as any of his peers’ if not brighter – no matter what clunkers are hidden inside.

Ryan Adams just announced a string of US dates. See them after the jump.