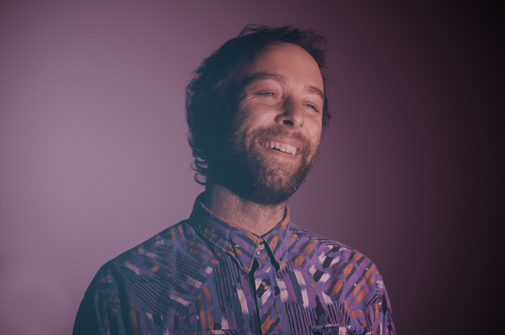 [mp3]  - Luke Temple - "Ophelia"
Here We Go Magic's Luke Temple has returned to his solo days with his upcoming new release Don't Act Like You Don't Care. The new collection is set for release on August 30 through Western Vinyl and brings Temple back to his mid-00's folk-y roots.
For Don't Act Like You Don't Care, Temple enlisted handful of seasoned live musicians (with credits including Jeff Buckley and HWGM) and churned out all nine tracks in two four-hour sessions using only two mics and a four track. It's a stark contrast to the atmospheric tones of Here We Go Magic, sounding more like a blend between Bon Iver and The Sadies.
It's a gutsy move penning an Americana track called "Ophelia," (who doesn't know a really possessive The Band fan?) but from the first swelling vocal harmony Temple shows that this track's got a life all it's own.
Dictated but not read by Tim at 10:59 AM

What a refreshing sound. Looking forward to the album. Thanks for the listen.