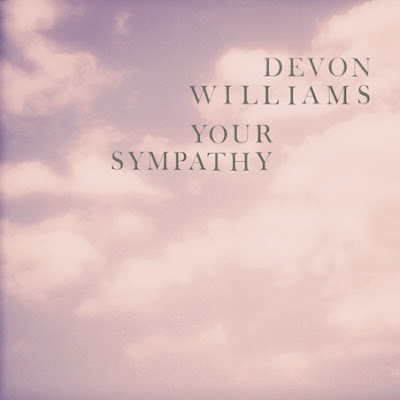 [mp3] Devon Williams: "Your Sympathy"
Devon Williams dropped his "Your Sympathy" 7 inch way back on June 28th, which really feels like yesterday - but here we are, marching on into the second week of July. Devon Williams has been quietly crafting some pop gems out in LA, and has a new album coming later this year on Slumberland. This song is quite strong and hinges around what seems like a cringeworthy vocal moment at a key point in the hook. The first time you hear his seemingly off-key "oooo" in the chorus, it sounds awful. Yet, like a good martini, the pain softens over the course of the track - resolving itself into the jangly 80s-tinged melancholy of the track, that we're genuinely enjoying.
Dictated but not read by Starkny at 7:03 AM

Email ThisBlogThis!Share to TwitterShare to FacebookShare to Pinterest
Labels: Devon Williams, Your Sympathy