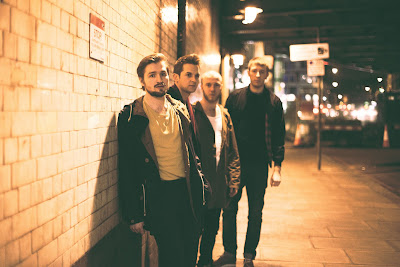 [mp3] Wild Beasts: "Albatross"
Wild Beasts are truly an eclectic group of musicians that create left field pop-leaning melodies with thick beds of electric and acoustic instrumentation. Whereas their last extremely well-received effort Two Dancers, captured pulsing rhythms and upbeat falsetto vocals, their new album Smother (May 10, Domino), promises a more moody and laid-back affair, probably more akin to James Blake's new wave dubstep than to Cold Cave's dark edgy dance-pop. While many (Vince) will probably lament this apparent change, we can't take issue until we've heard the record. Hopefully it's not a Blake-ian snoozer. Somehow, we doubt it will be though. Wild Beasts just announced their first round of US tour dates check those and their new vid after the jump.

Dictated but not read by Starkny at 7:14 AM