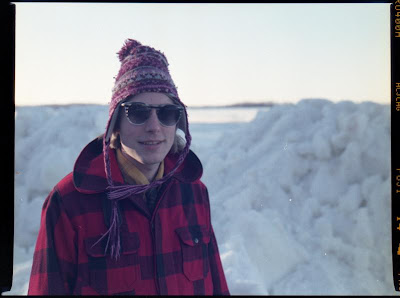 It's hard not to write about Julian Lynch without commenting on what was once the most "in" sound of the moment; the quickly exploding, heavily reverbed "beach vibes" of bands like Real Estate, Beach Fossils, and about 9 million other groups that aren't even worth listing here. It's never been a secret that we at Stark did not, and do not, buy into the vibes of 99% of these bands.

Yet, one has to slog through the bad to get to the good. Such is the blog world. There are a few very talented (on record at least) bands to emerge from the lo-fi outskirts of this scene that do well. Woods, Ariel Pink, Wavves, and Julian Lynch are all artists who push the envelope, transcend cliche (sometimes), and create art that's worthy of the heated critical debate that always ensues around them.

Julian Lynch's excellent last album Mare, drew a good deal of praise and equal criticism. While not a perfect record, Mare was a snapshot of a continually developing talent that was more than a jangly guitar. Lynch composed sounds, developed ideas, and truly created. What we've heard of Terra, Lynch's new album due April 26 on Underwater Peoples, continues in that tradition of exploration and creation. Lynch blends genres, instrumentation, and influences, to create sounds that are unique and, for the most part, unpretentious.

Even if you're not a fan of Lynch's music, he deserves respect for breaking the molds cast by his peers and contributing something new to the music community. Lynch shines brightest when he sounds most like himself and shies away from those cliched echoey NJ vibes. These are the artists you invest in for the long haul, and love just as much for their missteps as for their successes.

Dictated but not read by Starkny at 7:41 AM