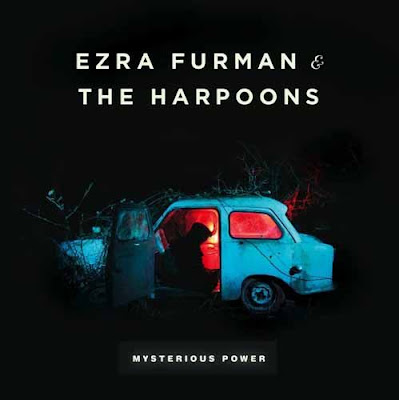 You'll know where to find us tomorrow night in NYC as Stark favorites Tristen and headliner Ezra Furman & The Harpoons take over Webster Studio. If lead-vocal fire power, crafty song-construction, lyrical complexity and on-stage charisma are your bag, then this show is for you.

Nashville's own Tristen, is fresh off the release of her debut album for American Myth titled, Charlatans at the Garden Gate. Her campaign is off to an amazing start landing her a Spring tour with Furman, a Rolling Stone feature, champions in the NPR world (All Things Considered) and much more. Touring is where Tristen finds comfort and it shows in her live performances -- she leaves nothing to the imagination and will floor you with her raw vocal power and indie-pop tunes; a seemingly perfect match with Ezra Furnman.

After cutting his teeth early with the release of Banging Down the Doors, following with Inside the Human Body, Furman & The Harpoons released their third album, first for Red Parlor Records titled, Mysterious Power, yesterday. Comprised of a myriad of music styles, Ezra and the crew have ramped up the electrics and produced was seems to be a pure, emotionally-fueled record. There is no restraint or attention to detail in Mysterious Power, just song-after-song of seemingly on-the-fly recordings. The "power" is there -- as other writers have said, think less Dylan, more Violet Femmes and don't miss this show.

Check out Tristen's tour dates with Ezra Furman as well as her new video for "Baby Drugs" after the jump...

Dictated but not read by thestarkonline at 8:30 AM

Email ThisBlogThis!Share to TwitterShare to FacebookShare to Pinterest
Labels: Charlatans at the Garden Gate, Ezra Furman and The Harpoons, Mysterious Power, Tristen