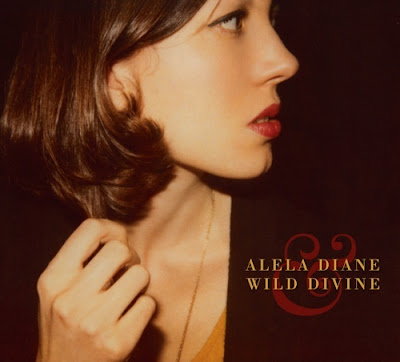 [mp3] Alela Diane: "To Begin"
We've been huge fans of Ms. Diane's since her first record Pirate's Gospel in 2006. It's been fantastic watching her develop her songs from simple (but lovely) stripped down folk gems, to mature, full-blooded, compositions that work solo and with a full band. We just received the new record, ALELA DIANE & WILD DIVINE (out on April 5th via Rough Trade) today, so it's tough to really comment editorially, other than the fact that we're big fans, and very excited. Alela Diane and her band Wild Divine play TONIGHT at Housing Works in Manhattan. Tune in to hear more on WNYC Soundcheck at 2:30pm est today. From the press release:

Alela has changed her tune a bit since her last album, 2009's critically acclaimed To Be Still. This album is evidence of the things in her life that have influenced her over the last couple of years....lots of touring, marriage, relationships, family, illness etc...

Penned on the road whilst touring in 2009, Alela Diane & Wild Divine was completed in 2010. Wild Divine refers to husband and bassist-turned-guitarist Tom Bevitori and the rest of her band – father and guitarist Tom Menig, bassist Jonas Haskins and drummer Jason Merculief.

Dictated but not read by Starkny at 8:04 AM