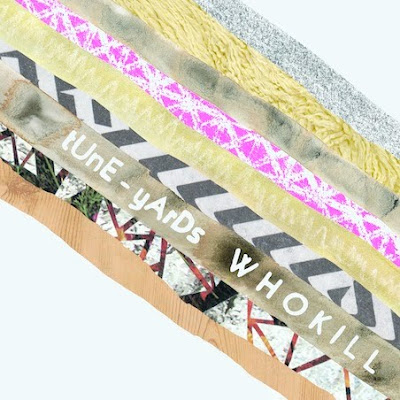 [MP3] tUnE-yArDs - "News"
Merill Garbus (a.k.a tUnE-yArDs) has just announced the release of her sophomore record titled, w h o k i l which drops on April 19 via 4AD.

2009 marked the release of Garbus' debut release, BiRd-BrAiNs, which met mild critical acclaim due to its highly inventive nature, avant garde song constructions and lo-fi recording techniques. Some people may not get tUnE-yArDs after the first listen or even after multiple listens -- it is not for the faint of heart or the average music consumer. No, tUnE-yArDs is for the season veteran and her debut record garnered the respect and admiration of a truly passionate music collective. We expect great things from her newest release!

US and Canadian tour dates after the jump!

Dictated but not read by thestarkonline at 2:00 PM