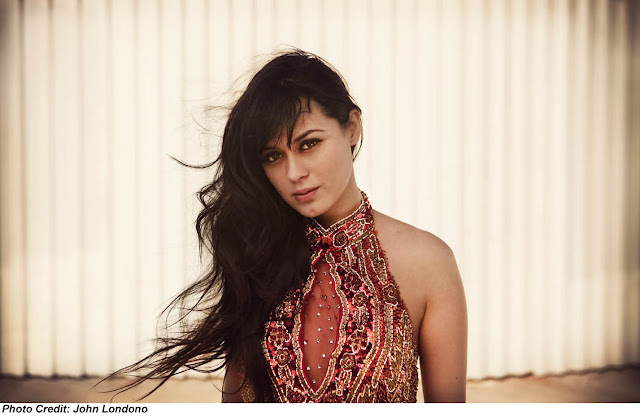 France's Emilie Simon has already wooed her home country: she boasts multiple music videos with over a million hits on YouTube, has earned three Victoires de La Musique (France's Grammy equivalent,) scored the hit documentary, March of the Penguins and has recently made the move to deep Brooklyn. April 12th of 2011 will herald the release of her second US album titled, The Big Machine which will drop on Le Plan. The first single off the new LP, "Rainbow" available above, premiered on PopMatters and gives the listener a good sense of what's to come.

Since her career began back in 2003, Simon has been weaving intricate soundscapes driven by her presitine vocals and unique song structures; The Big Machine is no different. Joining her on this record, Kelly Pratt and Jeremy Gara of Arcade Fire, Jon Natchez of Beirut and more. But don't be fooled, this is a mainstream-pop record. Simon manages to create electronic-infused, at times, four-to-the-floor tunes, but lays them atop delicate piano lines and again, her voice. Her voice is the selling point. Somehow, The Big Machine is successful in its entirety without ever dropping a bank-breaking chorus -- this could be the album's one main flaw, but coincidentally its appeal. It's not everyday that a record devoid of dominant choruses begets staying-ability, but she may have just done it here. With Simon's inherent good looks, her highly accessible voice and new electro-beat-pop direction, she may be one Fallon appearance away from the indie or mainstream jugular.
Dictated but not read by thestarkonline at 8:23 AM