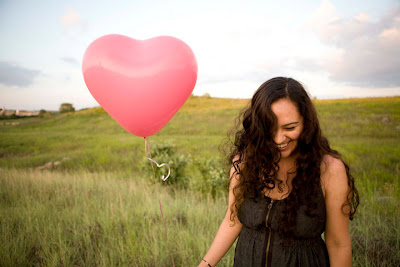 I’m trying to make every show a unique experience from here on out, that’s the advantage of going solo again. I can be as creative as I want and let my imagination be as volcanic as I desire.

Brookyln band Teletextile will be celebrating the release of their new EP Reflector with us this Saturday as part of a stacked line-up featuring Roadside Graves, Motel Motel and Dinosaur Feathers at Pianos. Teletextile purvey a melodic and slightly haunting brand of indie-pop with singer and lead songwriter Pamela Martinez’s wistful, yet powerful vocals dominating the foreground. At times flirting with Florence Welsh power, and Sade subtlety, Martinez carries the day, with more than ample backup coming from her capable bandmates, who cultivate a musical aura that blends Grizzly Bear’s ethereal instrumental ruminations, and (vintage) Sufjan Stevens vocal harmonies. We had a chance to catch up with Martinez via email – read our discussion after the jump!

What do you find to be the biggest differences between the musical community in Texas and Brooklyn?

Well I’m not sure if I’m the right person to answer this question considering that the last time I lived in Texas I was a teenager more recently I spent time in Boston and Detroit. But to answer your question…

In Texas I had a luxury, which I will never have in Brooklyn… time. I had time to be creative and grow wild as an artist. Growing up in that slow paced world gave me time to explore. I grew up in a neighborhood called Eden - a very fitting name. I was a latch key kid, home alone a few hours everyday. The time before my mother got home from work was paradise. Most often I actually wasn’t alone, but off gallivanting around the neighborhood.

In big cities there are alleys behind the house or apartment complex, but San Antonio where I grew up the back yard lead to a vast wilderness. Some of my friend’s backyards didn’t even have fences they just kept going. But most of the time there was a loose board in the fence and we could cross over to the other side where there were literally canyons to explore. We picked wild blackberry build a tree houses, but not just one, an entire apartment complex of integrated tree houses.

My dream was to take what we would do in our world and show it to others. It was very “Goonies”-esq. I wanted to do this so badly that I actually started my own music and arts festival at the age of 13. It was called Kookfest, named after the David Bowie song with was our sort of a call to arms for weird crazy fun. I would throw a that music festival every year until I was 18 and it got bigger and bigger. Our last one was at a VFW when I moved away for college.

As a music scene San Antonio, TX or even Texas in general will never compare to what we have in Brooklyn, but as a place to be creative it was perfectly dreamy.

How have things changed playing with a fixed line-up as opposed to playing and writing solo?

Well I always write the songs before I ever take them to the band. The band is really helps create the mood of the song. How it is colored and textured. Luke was especially helpful at creating a swells and bangs that only a drummer can do. And Caitlin has a great ear for harmonies, so that inspired me to invest more time in that. My biggest collaborator is actually Al Carlson, my current producer. He really helps me clean up my ideas and put them in some kind of order. I generally have a lot going on in my head and I have to be subtractive more than additive most of the time. But things are constantly changing and I’m not going to be working as closely with Luke and Caitlin anymore. The album just kind of turned out to me a record of that brief period of my life and I’m on to new things now. I’ve already begun writing what will become the new record. I foresee lots of toy percussion, vocals, and found sounds plus guitar, harp, keys and strings as usual. I’m excited about some future collaborations I have in the works.

What artists, old or new, have blown your hair back this year?

Jonsi, Oh Land, Active Child, Ava Luna, Arms, Fanfarlo, Bermuda Bonnie. These are all groups I’ve seen live I preferred to be wowed in a live concert than on a recording. I think that’s a big challenge as a musician. I personally feel more comfortable in a studio than I do on a stage. I’ve seen Jonsi / Sigur Ros play probably more than any other band live. Not only because I like them, but because somewhere along the way we met each other through a friend. As far as a live performer I think Jonsi is the best. He has really strong ideas about how sound and image go together, about how to be the music instead of just being a musician. He is a true artist and I love to see him live.

What are the band’s plans behind the new EP and into 2011?

Like I said I’m going to be working as a solo artist again. So I want to start working on music for a new recording right away. I’ve been writing a lot on harp and guitar lately. I just started playing guitar live again. I hadn’t done that in 5 years or so. I’d really like to start touring as well, but I have to do get things in order before I can commit to that.

What should the Stark faithful expect from your live show on Saturday?

Bubbles, no really I bought a bubble wand and I’m really trying to work it in there! You can also expect feathers, which I’m always into. Other than that I’m going to play guitar live which is a new thing for me. I’ll be performing with a small chorus of 4 people to help recreate a lot of the vocal harmonies that I came up with in the studio. I’ll also be playing with an ambient guitarist that my friend Doris of the Freelance Whales was a match-maker for. She said “you have to play with Alex, I don’t know why I never thought of this before.” He’d be perfect for Teletextile.” I’m trying to make every show a unique experience from here on out, that’s the advantage of going solo again. I can be as creative as I want and let me imagination be as volcanic as I desire. So for this show it’s all about singing. The next show I might get a string quartet in on the mix or go solo or do a loop based set. Experiments, Experiments that’s the way I see the future.

Dictated but not read by StarkNY at 12:20 AM