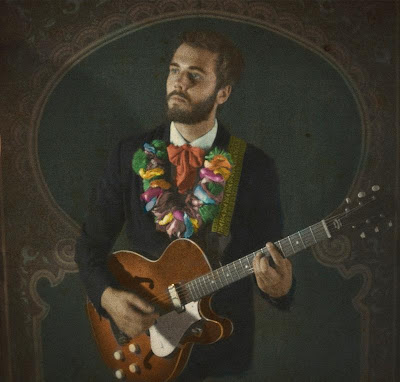 [MP3] Lord Huron -- "Mighty"
Sweeping soundscapes of jaunting guitar and poly-rhythmic, African-inspired beats -- this best describes the Northern Michigan quintet, Lord Huron. Think Dent May meets Fleet Foxes.  The band's current discography only includes an EP titled, The Sun, but soon, the band will be releasing a 7" and another EP, Mighty both on L.A.'s Hit City U.S.A. label. Now partnered with the indie-press behemoth, Force Field, Lord Huron will be given opportunities aplenty to make a name for themselves. This early in their career, the group already boasts a well-placed single look on Pitchfork for "Mighty". Upon first listen of this EP title track, it is clear that Lord Huron are creative songwriters capable of writing tropically inspired-pop gems worthy of repeate listens.

Check out their shows below:

Tweet
Dictated but not read by thestarkonline at 10:03 PM