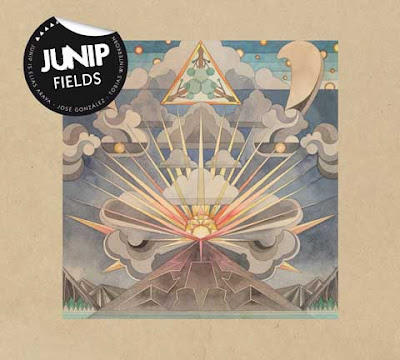 Things have ramped up. It's 4th quarter. The big guns are coming out. Time to hit the numbers. Albums are going to be coming fast, and you might not catch em all. Junip's album Fields, should not be an album you let fall through the cracks though. We've never really been die hard Jose Gonzalez folks. I mean, he's good and all, we just never were as gung-ho about the guy as others were. Admittedly, when we first heard the band name Junip, we had no idea dude was even in the band. We heard Sharon Van Etten was playing some dates, so we checked the record out, and shit, it was damn good. THEN, we realized that Gonzalez was in it. That's a round about way of saying, don't check out Fields because you heard Jose Gonzalez was in the band; check it out, because you heard it was a solid listen. Speaking of: there is a WIDGET (don't we all love those, sorry SW) - that allows you to stream the full record below, which is indeed very cool. Junip's Fields is out now on Mute.

Tweet
Dictated but not read by StarkNY at 10:53 PM

Email ThisBlogThis!Share to TwitterShare to FacebookShare to Pinterest
Labels: junip, Lee Fields and The Expressions