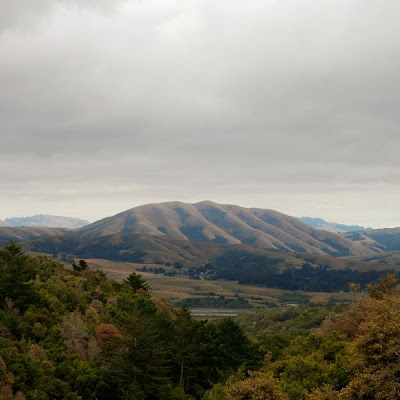 Sorry for the copy and paste folks, you know that usually not our style. Time sensitive today, but we wanted to get something up on this unique and creative project between the Dirty Projectors and Bjork that goes to a good cause. You can go here http://www.mountwittenbergorca.com for the album. It is currently a digital-only release with proceeds to the National Geographic Society Ocean Initiative. Mount Wittenberg Orca is out today. Streaming track below.

Mount Wittenberg Orca is called Mount Wittenberg Orca because it is about whales, it was inspired by events on Mt. Wittenberg in California, and because it elaborates on David Longstreth's obsession with vocal harmony introduced on Dirty Projectors' 2009 album Bitte Orca. This seven-song, twenty-one minute collection is the first original music Dirty Projectors have recorded since Bitte Orca, and it feels more like a small album than an EP. It is also their most staggering collaboration yet — with the Icelandic artist Björk.

The music — originally written to be performed unamplified in a small Manhattan bookstore [Housing Works] — was guided by a conversation between Longstreth and Björk about the small theaters in Italy where opera was born in the 1500s. The recording was informed by the simple, direct feel of early rock & roll recordings from the '50s. The band and Björk rehearsed for three days at the Rare Book Room in Brooklyn, and then recorded the songs as quickly and as live as possible, overdubbing only lead vocals and solos. The result feels like part children's story, part choral music from some strange future.

Dirty Projectors + Björk- All We Are by DominoRecordCo

Dictated but not read by StarkNY at 8:55 AM