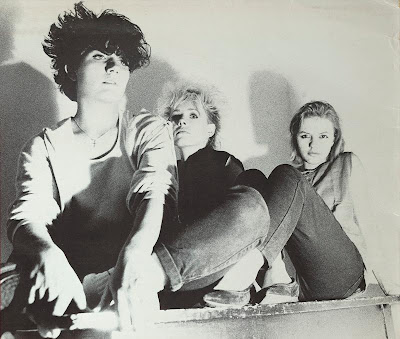 Exciting news about one of those amazing lost records and artists that Mississippi Records seems to be so adept at finding. This time, Mississippi teams up with Slumberland to release all girl Swiss band Chin Chin's seminal record Sound of The Westway (4/13). For as much as we love bands like the Dum Dum Girls, we children of the 90s must remember that before all of that, we had bands like Chin Chin, Black Tambourine and countless others creating the sound that is so en vogue here in 2010. Cover art after the jump.

Chin-Chin, an all-female group consisting of Karin (guitar/vocals), Esther (bass/vocals) and Marie-Anne (drums/vocals), was formed in 1982 in Biel, Switzerland. At the time experience wasn't needed, a desire to play was. Technical ability was a bonus, a hunger to perform a must. So, although Esther and Marie-Anne had experience as singers for local band Sophisticated Boom Boom, neither had actually played bass or drums respectively before. Similarly, while Karin had some training in classical acoustic guitar, she'd never been in a band or played electric guitar before. 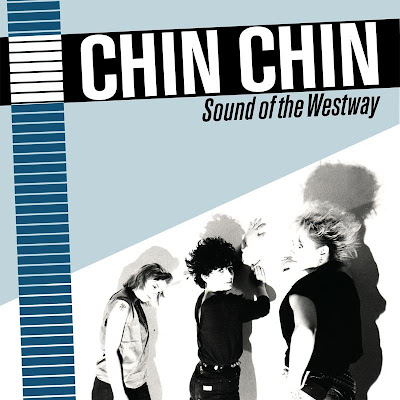 Dictated but not read by StarkNY at 1:08 PM