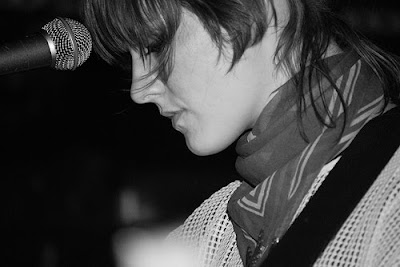 Cate Le Bon: "Shoeing the Bones"
Oh No Ono: "Internet Warrior"
Oh No Ono: "Helplessly Young"
Photos by Karp -- It was a welcome return to the Mercury Lounge for the Stark team as we headed out last week for what turned out to be a night filled with great music, but little sleep.

We caught wind of opener Cate Le Bon, and were advised not to miss this rising Welsh songwriter. Luckily, we're good listeners. Le Bon charmed and wowed the early-comers. On stage with just a electric guitar accompaniment, there was something surprisingly ancient about Le Bon's sound. Interlaced with dark, minor-key, guitar lines, Le Bon's voice carried the room, and announced at least to us, the arrival of a stellar new talent. Le Bon's recently released record Me Oh My (Control Group), channels these intimate moments, amidst dissonant keyboard noise, drum crashes and droning electric guitar rhythms. Usually playing live with a full-band, we're glad we caught Le Bon stripped down, it was enthralling, raw, and more often than not, totally spellbinding.

See after the jump for Oh No Ono and all Karp's photos... 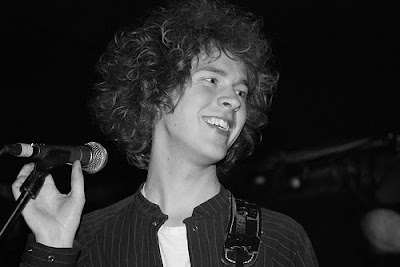 We expected a lot from headliner Oh No Ono. They delivered. Their standout new record Eggs, has been in constant rotation since its release in January on Friendly Fire Recordings. There's a lot going on in this band's sound. Moving from stoned-out Beatles-inspired melodies as in their album opener "Eleanor Speaks" to driving rhythms and sweeping choruses in the stellar "Helplessly Young," Oh No Ono succeed live as they do on record; keeping their consistency though tightly wound instrumental sections and utterly unique vocal performances. A trusted source called them the best band he saw at SXSW, and they may be the best band we see all Spring. 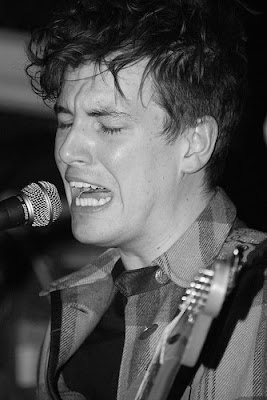 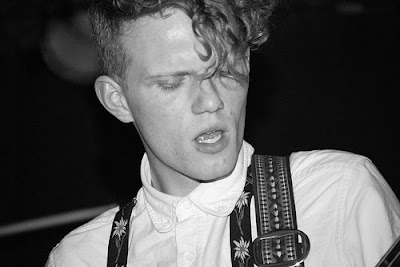 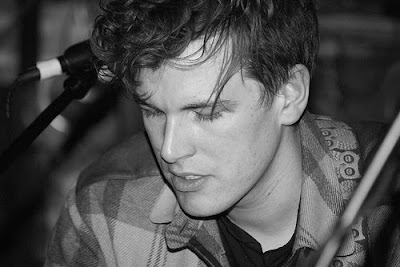 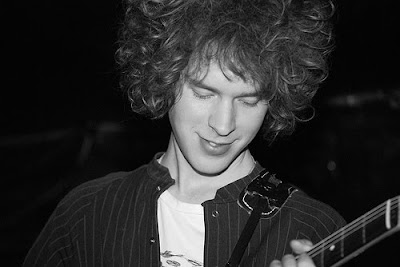 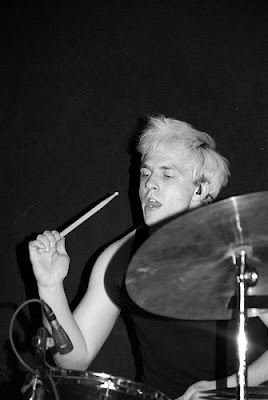 Dictated but not read by StarkNY at 9:49 PM

Email ThisBlogThis!Share to TwitterShare to FacebookShare to Pinterest
Labels: Cate Le Bon, Eggs, karp, Me Oh My, Oh No Ono