The Roadside Graves at The Mercury Lounge

STARK vs. THE ROADSIDE GRAVES 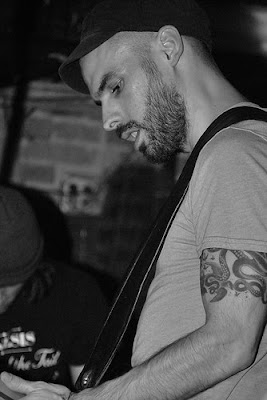 Photos by Karp
In advance of tomorrow's stacked bill of The Roadside Graves, Blair, Avi Buffalo, The Loom, and Sam Walsh and the National Reserve, the Stark squad caught The Graves on an equally great bill at The Mercury Lounge opening for The Rural Alberta Advantage last weekend. The New Jersey rock band leaned heavily on songs from their fantastic '09 record My Son's Home, but also played several new songs, including "Liv Tyler," from their upcoming EP You Won't Be Happy With Me being released March 6th on Autumn Tone Records. As always, The Roadside Graves proved why there has been a palpable buzz growing about them over the past year. Their live show is tight, well rehearsed, and passionate. There are few bands playing the type of Springsteen-inspired Americana as well as The Roadside Graves right now. We caught up with guitarist and multi-instrumentalist Jeremy Benson, who hinted that while The Band and Springsteen remain touch points, The Roadside Graves may be incorporating more diverse influences (did he just say Genesis?) into their sound. Read our conversation after the jump. 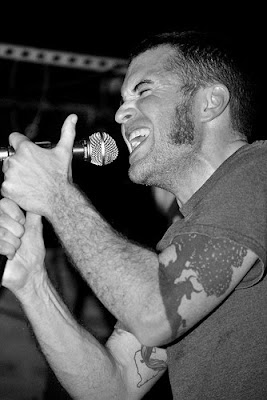 How did the band come together?

Well - John, Rich, and I have been playing in bands together since high school - it's been about 15 years together I think. We were in this band The Billy Crosby's in high school, which I guess is The Graves its most crude and ridiculous form. We stuck together and got some friends together from the New Brunswick area. We've had the same line-up for awhile now, except we have a new keyboard player - Johnny Piatkowski. Him and Colin the drummer are in this crazy psych prog band - called Fun Machine. It's cool having those guys around - they don't listen listen to country and folk music at all, they are into more Genesis and Peter Gabriel and other more prog shit.

I hear a lot of Springsteen in your sound, especially in the piano lines, would you count him as an influence?

Springsteen is definitely a huge influence. We like to think he would be even if we weren't from Jersey. We definitely think of him as being a country singer, he is Americana. The music he plays is heavily steeped in the folk tradition, so it's not a hard leap to go from his influence to go to Dylan or the band, they are country artists too, they are all folk singers. With Johnny and Colin in the band, we're starting to listen to different music. We all listen to a ton of music, and share all the time. We're listening to more of the Talking Heads and The Clash, and that stuff is staring to permeate our songwriting and our arrangements. So it definitely changes over time - we still love Bruce and there will be certain piano lines or something that we will thrown in there as an homage.

Who does most of the writing? Do you write in the studio as a band?

There are two different ways we write songs - we're actually rehearsing right now - one way - is that [singer] John [Gleason] writes most of the lyrics and has a rough sketch of a song. Then him and I get together to flesh out the ideas and lyrics, and I'll take his lyrics and set it to different music; then we bring it to rehearsal, and they take it apart and put it back together. It's definitely a highly collaborative situation.

Other times the song will be improvised on the spot. All of the songs on the [upcoming] EP were written like this. We could be jamming or whatever, and John will just start improvising lyrics. He's really good on the spot and he will just sing it over what we're playing. If we like it, we'll tape it. "Liv Tyler," on the new EP came about that way. But those are the two main ways. It's very collaborative.

After such a successful year, what do you think has changed the most for the band?

The biggest thing has been starting to work with Autumn Tone Records, Scott [Simoneaux] from Aquarium Drunkard, and Dane our manager. Just having smart and savvy people pushing things for us and pushing us and being our advocates. They believe in us and the music. Working with them has helped expose us to new audiences, get shows, and get connected to new press, blogs, touring. It's great just having a group of people out in California, especially all the bands they work with like Avi Buffalo, Parson Redheads - expanding the family. It's really helped us navigate the segway from local to national band. It's a hard thing to do on your own. Also, just feeling we have a safe home for our new material - we have these guys who are into it and we trust them. It keeps the wheels greased.

What's playing in the van when you guys are on tour?

I gravitate more to the older stuff, but in terms of contemporary material I play a lot of Tom Waits. It's amazing, he's still right on the cutting edge. Will Oldham, Joanna Newsom, Court and Spark, M ward. John is really connected to the indie rock scene and he always playing new stuff.

We're releasing the new EP You Won't Be Happy with me on March 6th on Autumn Tone. Before that, they're digitally reissuing our first full length in early February called If Shacking Up Is All You Want to Do. We'll be writing and arranging another full length which would would love to have out sometime [in Fall 2010]. We're playing SXSW, proably a 4 or 5 week summer tour and we're always doing one-off shows in Jersey, New York, Philly. Mostly just get back to writing. 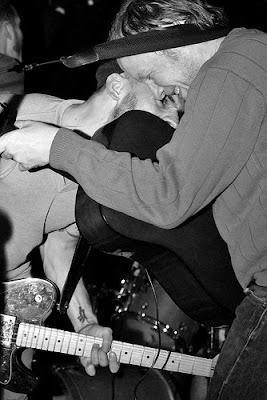 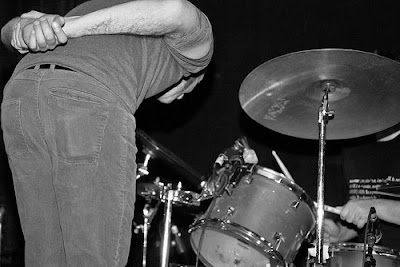 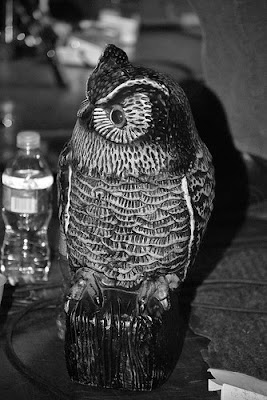 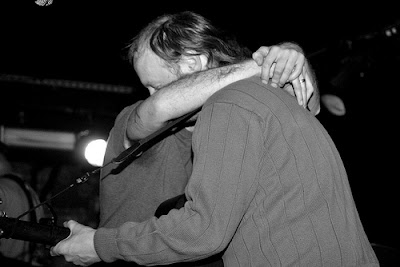 Great interview - very excited, as always, to hear new material from the graves.