STARK PRESENTS SOPHIE MADELEINE
IN HER US DEBUT 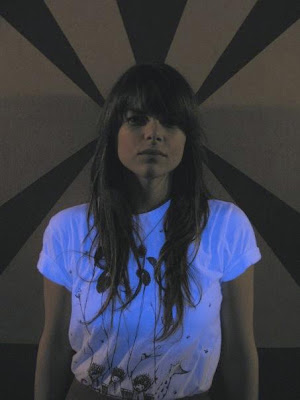 Bolstered by an innate talent for crafting clever, highly-melodic, folk-pop songs, and backed-up by a full-bodied crystalline voice, it's clear why Brighton's Sophie Madeleine has made such a large impact on audiences in the UK.

Madeleine is another artist in the ever-growing cannon of ukulele wielding musicians, alongside such staples as Dent May and Michael Leviton. Yet, this is no gimmick. Madeleine's use of the ukulele gives her music a refreshing and charming edge, but most importantly, serves the song above all else. As one of the rare musicians with an actual masters degree in songwriting, it's clear Madeline's songs are not just tossed off chord progressions. They've been incubated and worked on.

Her debut Love.Life.Ukulele is out now, with a limited vinyl edition available at live shows and online soon. Stark caught up with Sophie from a short holiday she was taking in Vermont on the eve of her New York shows. Read our conversation, and watch just one of the videos that has made her a viral sensation across the pond.


Can you give us some background on how you got started playing and how the album came about?

Well my mom made me take piano lessons as a kid and I taught myself the guitar eventually. I decided I wanted to do music a little late, age 18 probably, and I decided to study music at college. There were a few years of messing about and then I made the decision to go to Bath Spa [University] to get my commercial music degree during undergrad and then stayed on for the masters program.

How long did the record making process take?

Most of my songs were written over the course of my undergrad education, and recorded during my masters program. One of the songs is from my second year at Uni - The Knitting Song - the rest of them were written further along. I guess it took about a year, yeah to record the album.

A lot of attention has been given to the Ukulele - why do you think that is?

I think people love it because it's cute and easy to play. It's a very happy-sounding nice instrument, and it's small to transport (laughs). It's being taught in schools, elementary schools in England and lots of kids are getting into the ukulele.

I like it because it's something different than the guitar. I get stuck in [songwriting] patterns sometimes, and the ukulele helps me move away from those same patterns.

Have you seen a groundswell of younger fans now that they are teaching the ukulele in schools?

[Laughs] There are actually quite a few younger fans out there. There is this cover of a kid playing "The Ukulele Song" on Youtube. He or she is just sitting on the floor singing, and strumming, but not really playing any chords. Her dad's filming it and its very cute, but not tuneful at all [Laughs].

What's your approach to songwriting, what's your process like?

I find it's more spontaneous [than planned]. It can come from anything - a lyric, a melody, a chord sequence - every time it's different. I don't sit and write for specific amount of time. I'll usually carry it around with me in my head for the rest of the day until I can write it.


What do you think the main differences are between English and American music fans?

Well, I don't have a ton of experience with American music fans. More people interested in what I'm doing over here. You have to be a certain way to get attention in England. There are more people here and I think people are more open minded in the US.

What are your major influences?
I'm really into the classic songwriters, 30s and 40s era, Gershwin, Cole Porter, anything that Ella Fitzgerald sang basically. I've studied that a lot, and it's had a big influence on me. 60s music, Beatles, of course. Just good songwriting. The fact that I've been able to study it has really helped. I've listened to a lot of music and it just surfaces when I write.

What's next?
Well, I'm going to start recording the new album. It's actually pretty much written and demo'd. So, I'm gonna get that done. I plan on touring more, and getting a bigger band in England and playing bigger shows and seeing where that takes me. There's been a lot of interest, [from labels] and I think I'll just see what happens.

Dictated but not read by StarkNY at 10:16 AM