Laura Burhenn is The Mynabirds 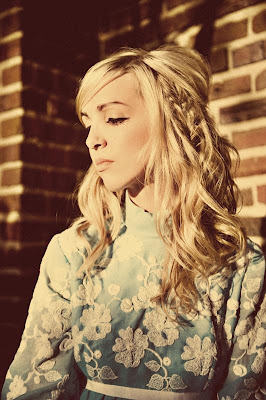 [mp3] The Myrnabirds: "Numbers Don't Lie"
When Saddle Creek signs we listen. Next up, The Mynabirds. While we've only heard the above song from former Georgie James' singer Laura Burhenn's new solo record What We Lose In The Fire We Gain In The Flood (April 27th), the press release has sufficiently whet our appetite with references to Nina Simone and Cat Power. Burhenn's album promises soulful horn arrangements, husky vocals, honest lyrics and quality songwriting (she enlisted the help of ace writer/producer Richard Swift). With back-up from stellar folks like Orenda Fink (Azure Ray) and engineer/producer AJ Mogis (Monsters of Folk, Cursive, Tilly and The Wall), The Myrnabirds debut is highly anticipated listening around these parts.

Dictated but not read by StarkNY at 7:30 PM

Email ThisBlogThis!Share to TwitterShare to FacebookShare to Pinterest
Labels: Myrnabirds, saddle creek, What We Lose In The Fire We Gain In The Flood