Karp's "Top Something of Whatever Year it Just Was" 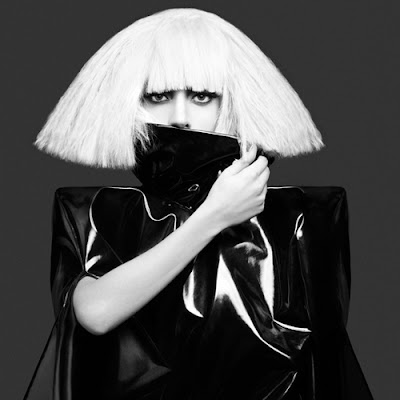 Ok, so in the spirit my new lack of tonsils and the sad almost empty pain killer bottle (and the end of the year or whatever) I've put together a list of my most favoritist songs of the year. They are in no particular order and come complete with my ramblings. I'd have to say this was a ok year musically... There were certainly some really great new releases from bands old and new, but I think what really got me excited about music was all the concerts - (I've seen most of these artists this year and yes, I know I'm totally spoiled). So without and further adieu here they are...


"Bad Romance" - Lady Gaga - Fame Monster
Go ahead and question her singing, dancing, lack of pants wearing... but girl is reppin' my alma mater and is sort of like my own personal go to answer as to why I turned out the way I did (hey at least I wear pants)... surprisingly my mom loves her and also this video is freaking INSANE!

"Evelyn" / "Big Black Car" - Gregory Alan Isakov - This Empty Northern Hemisphere
This entire album is amazing, but with these two songs he has some how managed to perfect the soundtrack of my late night walks through the cold empty streets of NYC.

"Noro" - Brand New - Daisy
Swoon. It's like they take my emotions and distort them with guitars and sadness.

"The Only One" - Manchester Orchestra - Mean Everything To Nothing
Damn that Andy for consistently being such a freaking amazing song writer and singer. And he's so genuinely adorable and bearded, how could you not love each one of his songs?

"If I Didn't Know Better" - The Civil Wars - Live at Eddie's Attic
The first track off the free LP offered on their website (their 2nd live show mind you)... this duo of insanely talented Nashville songwriters had me at hello.

"Wicked Heart" - Tristen - Tour EP
Tristen doesn't need a disclosure from me and she's on my year end's best because, quite simply, she is an enormously talented singer and one hell of a song writer. She and Larissa play an unbelievable live show so go see next year and buy the band a whiskey.

"You Belong To Me" - Taylor Swift - Fearless
Oh shut it... I'm a girl and sometimes all I want to do is jump on my bed and sing into my hairbrush.

"I Hate This Do You Like It?" - Chickenhawk - A. Or Not? EP
Metal? Check... Zombie video? Check... Hot English boys being eaten by Zombies in a Metal video? Double check.

"Stuck" - Norah Jones - The Fall
The bluesy roughness and grit made this my favorite track from what turned out to be a pretty great rock/pop album by a Jazz darling.

"In For The Kill" - La Roux - La Roux
no comments... too busy dancing... no seriously i just had a dance party in my parent's living room and now I'm tired.

"Running To The Edge Of The World" - Marilyn Manson - The High End Of Low
Nothing like savagely beating and killing your ex in a video to rekindle the deep meaningful love between the two of you... the power of a rock ballad never fails.

"You're a Cad" - the bird and the bee - Ray Guns Are Not Just The Future
Inara and Greg did it again this year with another blend of syrupy sweet vocals and dance beats... and if you think this is amazing just WAIT until you see what they have planned for '10!!! (and NO I'm not telling)

"Don't Haunt This Place" - The Rural Alberta Advantage - Hometowns
I sometimes (usually whilst swearing uncontrollably at the crowds in Time Square) wish I grew up in a somewhere a little less New York and a little more... log cabin? this song is like that.

"My Girls" - Animal Collective - Merriweather Post Pavilion
I dragged my hip hop dj beats brother to Brooklyn to see them and he complained the whole time. The next morning he tried to stealth "fan" them on facebook and downloaded the album...moral of the story... listen to your sister, she is all powerful and wise.

"Prom Queen" - Lil Wayne
While Weezy makes an hilarious totally not convincing high-schooler in this video, he proves he's more than just a one trick pony with a surprisingly emotional song where he guitar/sing/talks about the girl who broke his heart in high school. Awwwww.

"Two Weeks" - Grizzly Bear - Veckatimest
"Stillness Is The Move" - Dirty Projectors - Bitte Orca
Matt and I had it out about these 2 albums, granted it probably went something like... this album is way better... NO, this album is way better.... NO.... NO... NO... NO... Then we probably got distracted. I'm going to say these songs make these two albums what they are and between the ridiculously beautiful harmonies and amazingly bizarre videos, I'll call it a draw.

"Daniel" - Bat For Lashes - Two Suns
I guess my love of this song stems from my Kate Bush/Tori Amos phase (obsession?) that I'm probably still in... Also I'm fairly certainly Natasha is some sort of otherworldly creature who cries in color and naturally this is something I would relate to.

"Auditorium (feat. The Ruler)" - Mos Def - The Ecstatic
SO glad he came back with a killer album this year. This track was composed/produced by Madlib AND features Slick Rick. FIN.

"William Powers" - The Maccabees - Wall of Arms
One of my favorite English bands of ever... and this is (in my opinion) what can only be called a proper pop album. Actually this whole album is my favorite song of the year... which i suppose makes it my album of the year? Well there you have it... my year ends the way it started... British.

There are so many great acts coming to NYC this year and it's going to be a very exhausting January. Thank you Stark for an amazing '09 and here's to an even better '10.

Dictated but not read by StarkNY at 8:41 AM

Email ThisBlogThis!Share to TwitterShare to FacebookShare to Pinterest
Labels: Best of 2009, karp