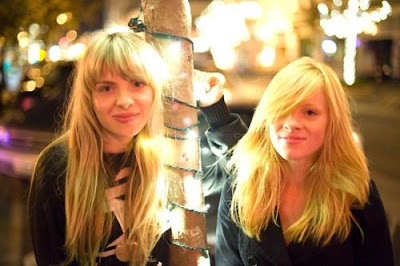 Pearl Harbor: "Luv Goon" - What is it about simply strummed chords, washed-out female vocals, and simple drum patterns that is so infinitely appealing? I guess it's the beauty of something so uncomplicated and accessible that makes it so hard to dislike. This is not meant as slight to the two west-coast sisters named Piper and Skylar who play under the moniker Pearl Harbor. After almost 14 years of being in bands, we can say hands down that making a simple and pleasing song is one of the hardest things to do in music. The California beach-tinged guitars and vocals here make us long for temperatures above 18 degrees, and certainly make us want to hear the rest of Pearl Harbor's EP Something About the Chapparals, out now on Mexican Summer. (via) 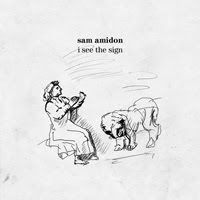 Sam Amidon: "How Come That Blood" - God. There aren't enough murder ballads these days. Anyone who reads us knows our love for Sam Amidon and his long-gone prairie songs that are as lonesome as "Pancho and Lefty" and recall Cormac McCarthy in tone and, sometimes, graphic violence. "How Come That Blood" touches upon all those qualities, but stretches the boundaries (in a good way) with backing arrangements from the amazing Shahzad Ismaily (what up Shahzad!) and the consummate Amidon collaborator Nico Muhley. Amidon's new record I See the Sign comes out March 1 on Bedroom Community. (via) 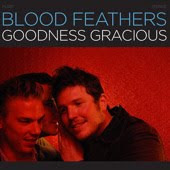 Blood Feathers: "Don't Know You at All" - Add another to the stable of ace bands coming out of Philly. (Also another with a "Blood" band name). Their garagey pop channels some elements of vintage strokes, and their melodies are tight, persuasive and utterly repeatable. Goodness Gracious is out now digitally with a full release on Feb 23 via Philebrity Label. 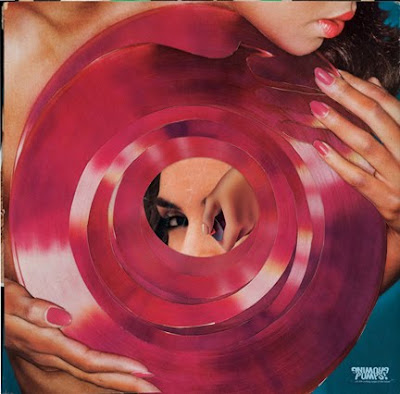 Growing: "Hormone" - We're still not sure exactly what to think of Vice Records newest signing, Growing. Yet, their lead track "Hormone" strikes us in the right way as some sort of bizarre dance mash-up of the Fuck Buttons and Gang Gang Dance. While not so much a hard hitting banger as we might have hoped, "Hormone" is a dirty little gem, with just enough grit and layering as to whet our appetites for more. Second "single" will make or break it! Love that album cover though.

Due to annoying server problems we are using some previously hosted mp3s.

This is great! I am an independent singer songwriter and I learn a lot from reading blogs like this - thanks so much for sharing.