Capturing the Essence of '63 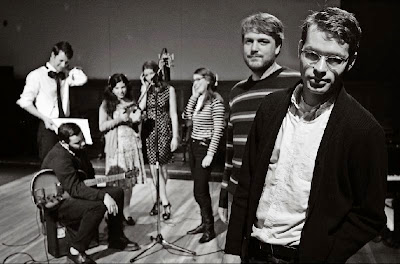 Ok. We weren't born then. We don't know what the essence of 1963 really sounded like. In our wildest dreams, we hope it sounded something like Gigi's upcoming album Maintenant coming out 2/10 on Tomlab. Vancouver-based songwriter Nick Krgovich and producer/engineer Colin Stewart set out in spring of 2005 with two vintage plate reverbs, and a full cannon of crack vocalists in an effort to create a tasteful pastiche of Phil Spector-style (think Ronettes) pop gems. (PS Can we get some goddamn Ronettes reissues soon?)

What resulted after three years, is Maintenant, another addition to the swelling ranks of doo-wop/60s inspired rock groups cropping up these days (see The Sandwitches). A trend, we are personally full supporters of. There is true song-craft behind Gigi, and the writers and musicians involved certainly did their homework. Yet, overall, the press release summed it up best:

The songs aren't content to be throwback-y pastiches or polka-dotted retro workouts but rather stand as attempts at working within a specific and incredibly rich tradition of pop music production.

See after the jump for the album cover and track-list, complete with the full roster of vocal collaborators. 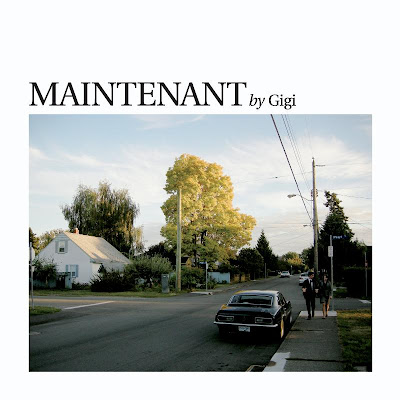 1. No, My Heart Will Go On (Chorus)
2. The Hundredth Time (with Duffy Driediger & Ryan Peters)
3. Dreams of Romance (with Zac Pennington)
4. Alone at the Pier (with Rose Melberg)
5. Everyone Can Tell (with Ryan Beattie)
6. One Woman Show (with Joey Cook)
7. I'm Not Coming Out Tonight (with Marissa Johnson and Sydney Vermont)
8. Some Second Best (Chorus)
9. I Can't Bring Myself To Smile (with Bobby Birdman & Katy Davidson)
10. Strolling Past the Old Graveyard (with Karl Blau)
11. The Marquee (with Katie Eastburn)
12. Impossible Love (Chorus)
13. Won't Someone Tell Me? (with Mirah Yom Tov Zeitlyn)
14. I'll Quit (with Owen Pallett)
15. 'Neathe The Streetlight (with Nick Krgovich)

Dictated but not read by StarkNY at 4:02 PM