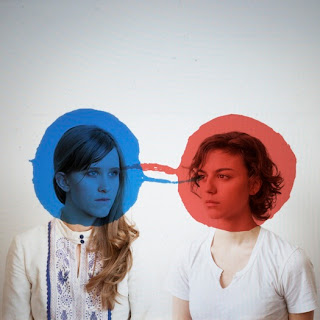 What does it say that I don’t have a top ten albums list, but can only can pick a few that I’m certain really deserve that to be on A list? I don’t think it’s about quality –I consistently get annoyed by folks that say there’s no good music out there. But, technology has changed my listening habits – lots of playlisting and shuffling going on. And I’m more honest now than I was before and less concerned about scoring hipster points. I never really listened much to the Fugazi, Matthew Dear or Youssou N’Dour records that I put in my top tens before. They just looked cool. Check out more of what's cool after the jump.


ALBUMS OF THE YEAR

Name dropper that I am–was at SxSW talking to Rough Trade records legend Geoff Travis, just before Dirty Projectors went on at the French Legation museum garden party. Geoff told me–”You’re about to see the best band in America.” Spending time with Geoff is like talking to a rock star for me (he signed the Smiths! Aztec Camera! Arcade Fire!), so this might as well as have been the word of God. But the DPs just took WAY too long to go onstage, so while I’d like to say that I fell for the band then and there–it’d be a lie. I left before they went on and STILL haven’t seen them play a full set. Dumbass.

I’d heard some of the group’s Rise Above when it came out and was intrigued, but didn’t put the time in–and as much as I like looking for the “angle” on projects we work on, I was prejudiced against liking the album. It felt like a stunt, a band getting noticed just because they’d covered an entire Black Flag album. It took the sinuous “Stillness Is the Move” to completely floor me. It’s my favorite song of the year except for one–but more on that later. (Side note: I’m fascinated by Solange Knowles’ cover. There’s many times when I’d thought that if a song I’d like was done straight, it could be a mainstream hit single. Got my wish this time–and even when produced and sung as a traditional R&B/pop hit–”Stillness” is way too out in its structure to compete with Ne-Yo, The Dream, or Rihanna. But the fact that a semi-mainstream pop act covered “Stillness” at all means that the DPs are getting CLOSE.

I pre-ordered Bitte Orca from Other Music, stood on line alone outside the store for an hour to see the band’s instore there, and revelled in their performance. I can’t remember the last time I did this for an act I wasn’t working with. Even playing acoustic they have an extraordinary groove, lots of head bobbing going on as if we were all at some backpacker hip-hop show and not watching 6 very white people play live. And their vocals are extraordinary, both on record and live. A better writer than I described them in a perfect way–they sound as if they’re being diffracted through a prism.

I’m still falling in more in love with Bitte Orca months later, discovering the depth of songs from the record as I continue to listen–like “Temecula Sunrise”, which when I heard it on the car radio early one morning reminded me of Yes and made me wonder if I missed something by dismissing prog altogether.

I’ve gotten to the age where referencing gigs I’ve seen make me sound ancient, but this happens when your love of music starts very young and continues throughout your lifetime. I saw Talking Heads in 1983 at the Forest Hills Tennis Stadium right after the release of Speaking In Tongues. Seeing the DPs and listening repeatedly to Bitte Orca gives me the same feeling as being a Talking Heads fan back then. Like the Heads, this is a band that is reinventing pop music, in a way that is so well constructed and precise that they will end up being accessible. Even though Dirty Projectors have made records for a while, I’d put them at More Songs About Building and Food in their development. It remains to be seen without the twin forces of MTV music video play and “modern rock” radio whether this band will have hits as pervasive and influential as “Once In A Lifetime” or “Burning Down The House”, but I’d bet on Dirty Projectors making art that deserves that kind of ubiquity.

Where Girl Talk’s Gregg Gillis takes years of pop music and cuts and pastes it into one endless party, Passion Pit’s Michael Angelakos takes much of the same material and makes something far more affecting. Obsessive in detail, manic in emotion–Manners has no shortage of high points, “Make Light” and “Moth’s Wings” being my fave album tracks…but it’s all about “Sleepyhead” as the gateway drug to this record.

Yeah, “Sleepyhead” was out last year. Whatever, I’m not voting in the Pazz & Jop Poll. It’s still the song of the year, and not just for us overgrown rockcrit type (I mean bloggers). Case in point, it was among the first 15 songs my daughter added the song to her Nano, alongside Taylor Swift, Pink and “Single Ladies’”. Here’s hoping it’ll be on the next season of Glee, as it should be–can’t wait to see Finn and Rachel try and sing it. And on the subject of covers–it already sounds kinda a KIDZ BOP song in it’s original version, no?

As for it’s inclusion in the Palm Pixi commercial; that’s friggin awesome. “Sleepyhead” jumps off the screen, and I’d bet that the searches and downloads for Passion Pit have gone off the chart after the spot started running. As mentioned in DP entry above, it probably does take ad placement (or a pivotal Grey’s Anatomy sync) to reach critical mass.

Can’t wait to see these guys play at Terminal Five in a few weeks–if I did drugs, I’d do them that night. Maybe I’ll do an extra shot of creatine right before the show.

This album satisfies my power-pop jones more than any I’ve heard in years; and like almost every great band in this genre has to date gotten heard far less than it should. Like their pointy-headed forebears the dBs (and their Canadian equals The Weakerthans) they are probably too damn smart for their own good.

Folks that have heard this record have gravitated to “Why Modern Rock Radio is A-OK”, but the song’s a bit too literal for my taste. Instead, start with “Eden Was A Garden” which is lyrically dense, and hooky as hell–and seek out the demo/acoustic version, which I’ve segued on playlists into “Tumbling Dice” because of its slow, shambolic ramble.

The level of songwriting craft on Oh Tall Tree In the Ear is comparable to Fountains of Wayne’s Utopia Parkway or Welcome Interstate Managers–and that’s high praise considering that a song on one of those records references someone very close to me and his wife (you can figure it out).

Jim DeRogatis said on the year-end Sound Opinions wrap-up that MPP is the record Brian Wilson would make if he was making Pet Sounds today. I can’t say more to recommend it than that I wish I had the pair of KOSS headphones that I used to listen to records on back in high-school, because my iPod headphones just don’t cut it for the density. Also–Taken By Trees version of “My Girls” is genius.

GUILTY NOT-PLEASURE: Wilco: The Album. Sky Blue Sky was my album of the year, but so far this hasn’t opened itself up to me. I’m gonna keep trying cuz I love these guys.

TRACKS OF THE YEAR

First watch this Letterman performance : only Lady Gaga on SNL matched them for best performance on TV this year.

There’s something so smartly aggressive about this song..and this band. Britt Daniel’s production allowed the band to out-Spoon Spoon–hooky as hell, but without the arch aftertaste. The twin drums up front remind me of Adam and the Ants or Bow Wow Wow, and I’m moved every time I hear lead singer Steven Patterson urgently yelping out the lyrics to this song. It does piss me off that the 30H!3 get to have hit singles when songs like this don’t reach a 100th of the audience.

I just don’t listen to Veckatimest. Grizzly Bear intrigue the hell out of me, but the echoey piano figure on “Two Weeks” and harmony vocals are pop enough to make me come back for more. This mash-up with Lil Wayne’s “Prom Queen” is great, but what’s better is that it’s credited to the album Veckaflyest.

Not much emotional resonance for me for the Y3s on this record (nowhere near as much as on their “Maps”), but these are great pop singles, as good as Dale Bozzio or Terri Nunn ever turned out, and that is by no means a slam.

The single that won me over. My wife didn’t like that our 9 year old was singing along to “Just Dance” on Z100, thought the lyric was almost as bad as Britney’s “3″, which we switch off every time. But jeez, I’ve never seen such a campaign for ubiquity since Madonna, and this is just the beginning–Miss Germanotta is so smart that she won’t make her Shanghai Surprise, although I am awaiting her Desperately Seeking Susan move–which given the times will be a You Tube clip.

They make me smile, and it’s only partially because I share an alma mater with them. They write great hooks, they’re funny, they have a lyrical point of view and a sound, which they’ve expanded on this track. Can’t wait for the album, and I’m betting the bloggerati are just waiting to slam ‘em. Fuck ‘em, these guys are better than 99% of the bands that are raved about daily.

Other tracks I loved:
Kelly Clarkson “I do not hook up”
Art Brut “Mysterious Bruises”
Matt and Kim “Daylight”
La Roux “Bulletproof”
Annie “I Don’t Like Your Band”
The Big Pink “Dominos”
Thao “Cool Yourself”
Mayer Hawthorne “Just Ain’t Gonna Work Out”/”Maybe So Maybe No”
Jay Z/Alicia Keys “Empire State of Mind’ (I’m from the Bronx, dammit)
Tinted Windows “Kind of a Girl”
Florence and the Machine “Kiss With A Fist”
James Yuill “No Surprise"
Two Hours Traffic “Noisemaker”

BEST PAIRING OF MUSIC TO AN IMAGE:

YOU try watching the trailer for Where the Wild Things Are scored with The Arcade Fire’s “Wake Up” without tearing up. I can’t.

-MK
Dictated but not read by thestarkonline at 3:39 PM

Email ThisBlogThis!Share to TwitterShare to FacebookShare to Pinterest
Labels: Best of 2009