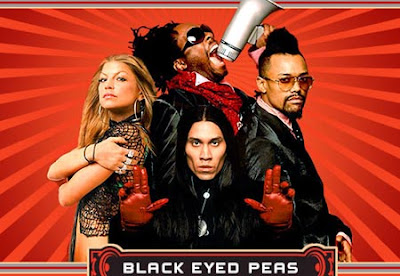 Ok everybody, synchronize your watches, the Black Eyed Peas have all but announced they're gonna crash and burn sometime in the new year. According to an insider source, the band is in talks with lauded (and super old) actress Dame Judi Dench about a possible cameo in an upcoming video. The source told Britain's The Sun that the group plans to dress Dench up like a shark, put her in a shark tank and then Will.i.am is gonna jump over the tank on a motorcycle. Ok, so maybe that's a little creative license, but c'mon Peas, really? M from the James Bond franchise? Get the insider scoop after the jump.


"Fergie and Judi got on like a house on fire," the source explained. "They have agreed to work their diaries so Judi can be in the next video. Will.i.am and the rest of the band think it's a great idea."

Dench and Fergie reportedly connected on the set of the upcoming musical film Nine, which comes out in December. This year the Peas destroyed the record for most consecutive weeks with a No. 1 track on the Billboard charts this year and just got nominated for six Grammys. So who knows, maybe they can work with whomever they want?