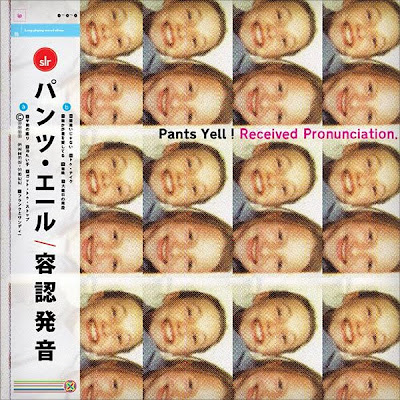 [mp3] Pants Yell!: "Cold Hands"
Yet ANOTHER gem from the revived Slumberland Records who are celebrating their 20th Anniversary this weekend with a bash at the Bell House with 2009 darlings Pains of Being Pure at Heart as the headliners. Check out partner in crime Pop Tarts Suck Toasted for some nice preview coverage of the event along with interviews. Pants Yell! just dropped a solid effort on Tuesday titled Received Pronunciation. Whereas most of the Slumberland releases this year are fuzzed-out and heavy on the reverb effects, Pants Yell! offer a cleaner sound, with a sharp, crisp, post-punk edge recalling early Feelies or Television. Not bad company. Pants Yell! will also be celebrating the 20th anniversary tomorrow at the Bell House.

Dictated but not read by StarkNY at 7:30 AM