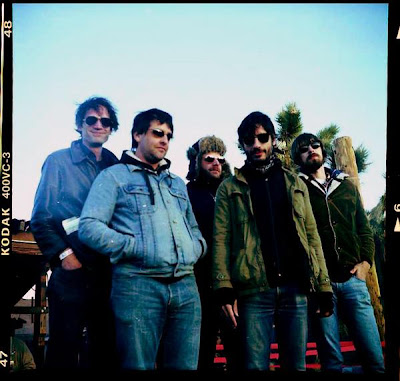 [mp3] Hopewell: "Stranger"
We've been meaning to post on these folks for a good bit now. Hopewell come from a distinct rock background. Their sound is raw, a little psychedelic and guaranteed loud. At times they recall a more lo fi Black Mountain, with with swirling effect laden guitars and thick beds of bass guitar. Maybe we've been listening to too much Grizzly Bear or something, but it's nice to hear someone play a fucking rock and roll chord for once. Christ. Hopewell are playing 3 upcoming New York shows: 9/9 with Dead Meadow on a boat, a pre ATP show 9/10 at Cameo, the real ATP show 9/13 at Kutcher's Country Club (Monticello, NY).

Elsewhere in the rock world... 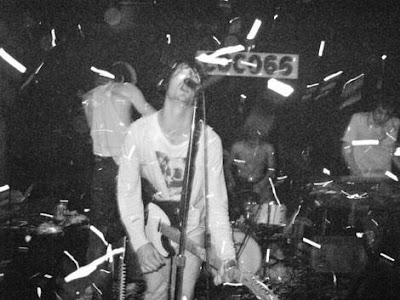 [mp3] Electric Tickle Machine: "Part of Me"
Contender for worst band name, maybe EVER, Electric Tickle Machine, have a pretty kick-ass track circulating right now in "Part of Me." While we're all tiring of the lo-fi scene, ETM are worth checking out, as evidenced by this great track and the solid amount of attention they are getting on their current tour. Check out the track above (it's worth it!) and their live show September 26th @ Market Hotel w/ Zoos of Berlin (PAS/CAL), North Highlands, Dream Diary, Werewolves.

Dictated but not read by StarkNY at 10:22 AM