Cotton From the Texas Soil 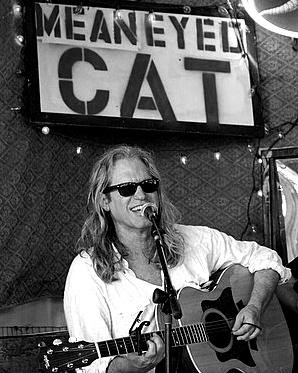 Sam Baker has a backstory as riveting, tragic, and inspiring as anyone out there in the music industry. While most critical writing could focus solely on his near death experience when a bomb exploded on his bus in Peru, it doesn't need to, because Sam Baker's music is so excellent. After nearly losing his hearing in the explosion, and learning to write songs while bedridden, Baker has just appeared fully formed on the songwriting circuit like some apparition. He has three albums to his name, the first, Mercy, was released in 2004 and his most recent, Cotton, last week. The reviews that Baker manages to get are positively glowing. Baker is the aire apparent to Townes Van Zandt and the soundtrack to a dusty Cormac McCarthy novel. His songs weave marvelous stories containing heartbreaking characters, atop of an authentic growl of a voice and lonesome fiddles. While Cotton doesn't seem initially as compelling as his last record Pretty World, it's still an essential listen. We're coming around to it, but the meddling back-up singers seem to keep getting in the way. Sam Baker is an artist not to be missed. Go find his releases now.

Dictated but not read by StarkNY at 10:08 AM