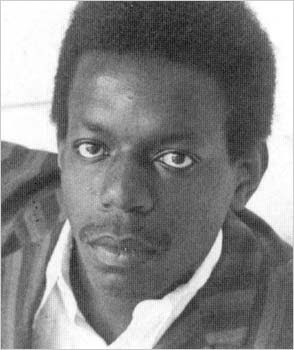 [mp3] Slim Smith: "My Conversation"
Walking to work this morning, this song was pretty much the only thing from keeping me from just melting away in a fit of anger and sweat. Sometimes music supervisors, even for big shows, can find some real gems. I'd never heard of Slim Smith, and people that I've talked to haven't either. Maybe I'm just talking to the wrong people though. Allmusic describes Slim Smith as:

One of the most soulful and accomplished singers of Jamaica's ska, rocksteady, and early reggae eras, Slim Smith found his biggest success from 1965 until his premature death [by suicide] at age 25 in 1973. Although according to various reports stating he had a troubled and unstable life, Smith will best be remembered for his stunning contributions to reggae's vocal tradition.

This song "My Conversation" was featured in an episode of Lost (yup), and turned me onto Slim's awesome catalog. It's the 3 note piano melody that makes this tune; the line is remarkable in its simplicity, yet absolutely essential to the song. Enjoy and stay cool.