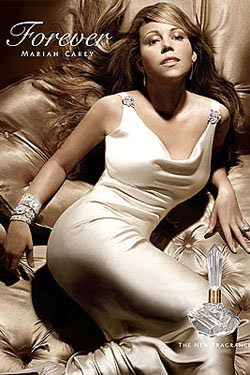 Alright, we usually shy away from Perez Hilton style celebrity slag-off but c'mon Mariah, really? Though her new album has been pushed back twice, Mariah Carey is adding a third smell to her fragrance line! The new fragrance is called "Forever" and is described as having "notes of lotus blossom, tuberose, gardenia, exotic woods and white musk." In an official statement, Carey claims the new perfume is a gift from her to fans and "captures that glamorous feeling that [she] want[s] to share . . ." Thanks Mariah.

An unidentified source at Def Jam told Billboard.com that "the reason for the delay is that the singer hasn't completed the album and needs to return to the studio to record additional songs." Wait, so you're telling me you need to record songs to finish an album? What about auto-tune?
Tim Emmerick - Stark Contributing Writer
Dictated but not read by StarkNY at 3:54 PM