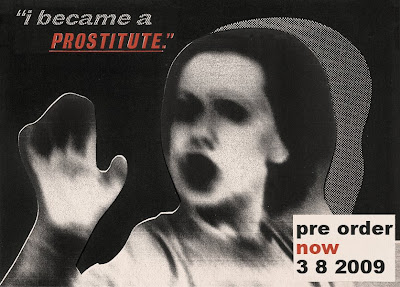 Twilight Sad: [MP3] "Reflection of Television"
Following their 2007 release, Fourteen Autumns & Fifteen Winters, Twilight are in mix promoting their up-coming record, Forget the Night Ahead, dropping Sept. 22 (Sept. 21 in UK) on FatCat. Described as darker and more ominous than Fourteen, Forget the Night promises to be an earth-rumbling tremor of guitar, keys, violin and more. Stream the new single, "I Became a Prostitute" now on their myspace.

We Were Promised Jetpacks:
These Scotsman are chomping to release their debut, These Four Walls, tomorrow July 7. P4K reviewed the album just this morning, handing out a 6.7 rating. While sharing in musical similarity to both Twilight and Frightened Rabbits, Jetpacks seem to have a loyal following capable of much rocking and buzz producing. Intense seems to be the label of choice here.

US Tour dates for this jam-packed bill after the jump.

* All dates with Frightened Rabbit
After the jump.
Dictated but not read by thestarkonline at 10:16 AM

Email ThisBlogThis!Share to TwitterShare to FacebookShare to Pinterest
Labels: Fatcat, frightened rabits, The Twilight Sad, we were promised jetpacks