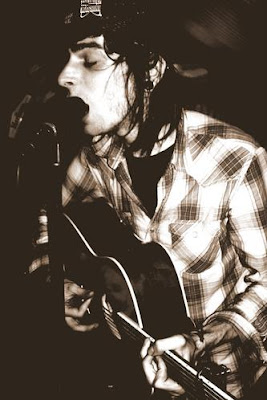 [mp3] Israel Darling: "Samson the Mason"
There's a lot of Darlings out there these days. Those Darlin's, Darlings, now Israel Darling. Israel Darling is the brainchild and main vehicle for the songs of Jacob Darden, an ex-baptist who spent the first 20 years of his life living in the burned out Appalachian mill town of Drexel, NC. The son of a guitar maker, Darden became immersed in the folk and blues music all around him. After a stint in the hospital at 19, Darden gave up his religious roots and decided to focus solely on his music. Such is how Israel Darling came to be.
Now hailing from Greensboro, NC, Israel Darling clearly has storied past and some excellent songs in their repertoire as well. The quieter moments play out like a smooth voiced Deer Tick song, while the louder moments incorporate band singalongs, rollicking drums and some wholesome Southern guitar rock in the vein of Cory Brannan. Yet, for this writer, Jacob Darden finds his greatest success in the gently strummed, fragile ballads that display the character in his voice and his well crafted and lonesome songwriting. Israel Darling is a band whose songs demand attention and are easily on par with any indie/folk musician writing today. The band are embarking on a month-long East Coast tour in support of their debut record Dinosaur Bones and Mechanical Hands which comes out on August 4th from the great folks at Engine Room Recordings. Cover art and full tour dates including a stop at Pianos after the jump. 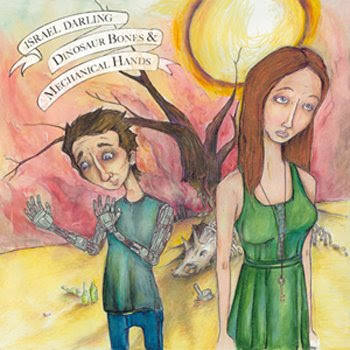