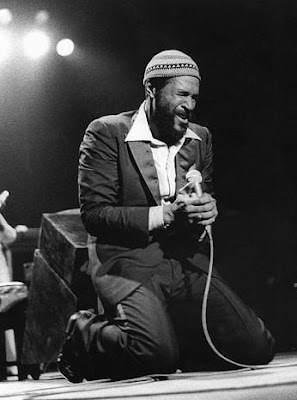 [mp3] Marvin Gaye: "Baby Don't You Do it"
Many people I'm sure are familiar with the song by The Band "Don't Do It." It leads off The Last Waltz, and is one of The Band's most famous songs. What many perhaps don't know, is that it's a cover. The origional composistion was written by Lamont Dozier, Eddie Holland, Brian Holland a crack squad of writers and producers largely responsible for the Motown Sound of The Supremes, Four Tops, Isley Brothers etc etc. So to go along with the amazing Heathers video below, here is a killer version of "Don't Do It" also called "Baby, Don't Don't You Do It" sung by none other than Marvin Gaye. It's interesting to hear how Levon developed the vocal lines and melodies from this version and how the rest of The Band took a driving New Orleans motown beat and added some gritty funk to it. Both versions are tied in my book. Enjoy.

Dictated but not read by StarkNY at 10:46 AM

Email ThisBlogThis!Share to TwitterShare to FacebookShare to Pinterest
Labels: Don't Do It, Marvin Gaye, The Band, The Last Waltz