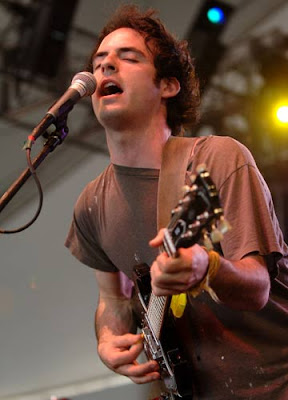 It's not clear what this move spells for his band Clap Your Hands Say Yeah, but Pitchfork announced today the release of fellow CHA Alum Alec Ounsworth's first solo record which comes out October 20th on Anti. We say congrats to another local Philly friend, a solid guy and a great songwriter. Details:

With Clap Your Hands Say Yeah on a break, frontman Alec Ounsworth has set out on his own. On October 20, Anti- Records will release Ounsworth's solo debut, Mo Beauty. It was recorded in New Orleans with a murderer's row of Big Easy veterans backing him up: George Porter, Jr. of the Meters, Stanton Moore of Galactic, Robert Walter of Greyboy Allstars, and R&B institution Al "Carnival Time" Johnson, among many others.

Dictated but not read by StarkNY at 7:55 AM