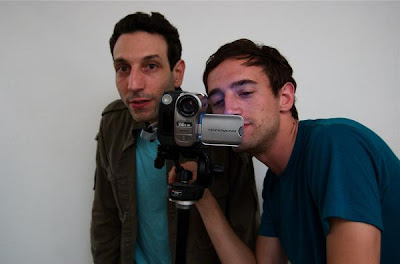 We've been meaning to post on this fantastic electro/dance/production duo out of Brooklyn for a bit now. We caught Tanlines opening for Zizek awhile back, and they certainly caught our attention. The duo ( Jesse Cohen from Professor Murder, and Eric Emm of Storm & Stress) have a 12" New Flowers out now on Young Turks/XL and have been making some waves in the Brooklyn/NY area on the back of various remixes (Telepathe's "Chrome's On It") and live show. We saw them at Santos and their sound more than filled the large room, yet, we would be super psyched to see them in a smaller space. Tanlines also use their own Youtube channel to debut new material in visual form, which we're surprised more bands don't do. Here is their kickass remix of the highly remixable Glasser single "Apply." Certainly a band to watch over the summer. You can purchase New Flowers on their myspace.