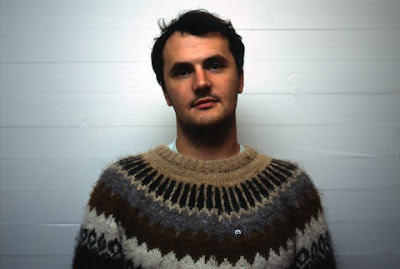 We wrote a bit ago about our excitement for the new Mount Eerie record Wind's Poem (out 8/18 on P.W. Elverum & Sun). Today, we get the first listen to a track from the new record. Of course, it's dark and as Stereogum points out, this album seems to be coming more from a Microphones style of music rather than the hushed approach of leader Phil Elverum's last effort Lost Wisdom. We'll let Phil sum up things himself:

Basically the idea with Wind's Poem is that this crazy beautiful force of erosion and destruction (wind) constantly wraps around the world and permeates our lives, and is occasionally audible, blowing through buildings and branches. It is an invisible river, and it sings/says poems in a mystery language. So, the counterpart to wind must be "stone" (meaning all solid tangible things) and why shouldn't "stone" sing a hidden song too? So, "Stone's Ode" is about this. It's about the interplay between these two things: shape vs. destroyer of shape. It could also be heard as "person vs. mysterious mortality," or "a sense of stability vs. inevitable impending chaos."

record on an SSL like 75% of all hit songs