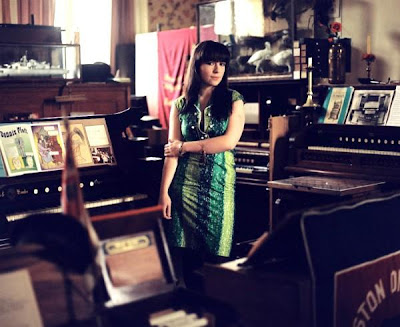 [mp3] Blue Roses: "Doubtful Comforts"
Just after posting on Blue Roses a few days ago, we get another mp3 from her self-titled debut that comes out July 21 on XL. People have been split on this record so far, Pop Tarts Suck Toasted doesn't like it, while Stereogum just labeled them a band to watch. We come down somewhere in the middle so far; it's certainly lovely on first spins, but the truth will lie in it's staying power.

In other Beggars Group news... 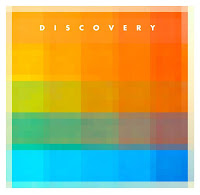 The Ra Ra Riot, Vampire Weekend collab project Discovery have released their debut LP LP (yeahhhh) a week early via AmieStreet.com to benefit the charity Oxfam America which is "an international relief and development organization that creates lasting solutions to poverty, hunger, and injustice. Together with individuals and local groups in more than 100 countries, Oxfam saves lives, helps people overcome poverty, and fights for social justice."

Critics are divided on this record -- some love it, some have purged it from their computers already. It's still on our iPods, but not on the new release playlist... we haven't given up yet, but we're close. It's the autotune.
Dictated but not read by StarkNY at 3:25 PM

That discovery album is fun as shit. Autotune does suck though.

I'm conflicted on the subject of autotune. While I get why people have a problem with it, I guess it depends on whether you subscribe to the school of thought that art is all about the process, or art is all about the result. Some people have issues with artists who use tracing in their work/paintings, because it indicates a lack of talent, but others say if the result is aesthetically pleasing, who the hell cares?