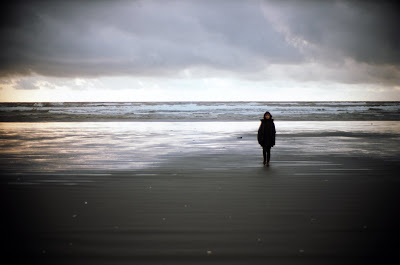 [mp3] Tiny Vipers: "Dreamer"
Sub Pop's Tiny Vipers return on July 7th with Life on Earth, the sophomore record from Seattle's Jesy Fortino. Her debut record Hands Across the Void got some solid support from critics including larger outlets such as NPR and Pitchfork, but failed to reach the wider audience it deserved. Tiny Vipers are not always for casual listening. The track times tend to extend past your usual 4 minute mark and the lyrics are deep and filled with imagery. Fortino's dark and subtle acoustic based songs transcend a simple "folk" label and create their own genre in and of itself. Her voice is the center piece, holding you captive as it shifts, floats and moves. Check out the lead track "Dreamer" above. Tiny Vipers play New York on June 26th at Le Poisson Rouge. We'll be at Roadside Graves though.

Dictated but not read by StarkNY at 10:36 AM