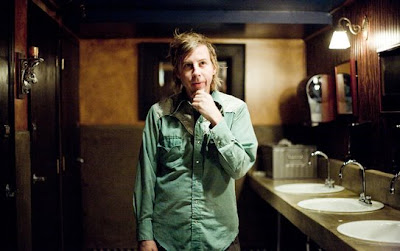 [MP3]
John Vanderslice "Fetal Horses"
Really exciting news today in the form of a new John Vanderslice song and record coming this spring. Stereogum premiered the track earlier today and sure enough the press release followed. Vanderslice's output has always been stellar, but his albums seemed to have lacked sustained continuity throughout. Dead Oceans makes a bold statement calling Romanian Names "the best record he’s made to date... a career-defining moment, a pitch-perfect collection written and recorded with the utmost care and attention." Ok yes, that is his publicist, but still pretty bold and exciting assertions. They go on to say: "The album is subtle and lush, with a lyrical approach less concerned with narrative and cohesion than previous JV records, leading to a new tone that feels self-assured, natural, and unafraid. The results come in the way of killer sing-along choruses, memorable and punchy hooks, and knock-out atmospherics." Groovy. Romanian Names comes out May 19th. Cover and track list ATJ. 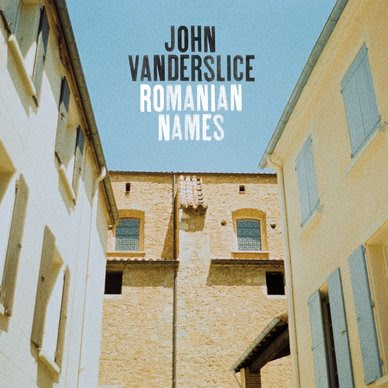 "A coast-to-coast-to-coast tour is in the works following John Vanderslice's Gone Primitive Tour with The Mountain Goats. The tour will kick off in California mid-May. Many more tour dates to be announced in the coming weeks, and British and European fans can expect live dates in the autumn."

Dictated but not read by StarkNY at 12:17 PM