God Is Saying This To You 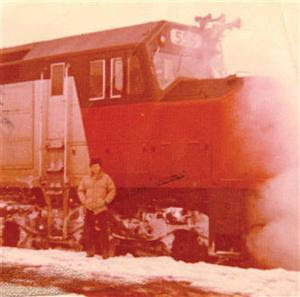 [MP3]
Kurt Vile "Beach on the Moon"
The cover of Kurt Vile's record God is Saying This To You looks as it sounds. It conjures up sepia-toned, rural images of hazy landscapes passing one by out the window of a train. Vile's songs float along with a psych/folk lilt to them sounding no more produced than a set of demos. Yet, haven't we all heard countless demo records that are head and shoulders above the fleshed-out studio versions? I mean, Nebraska was originally just demos for the E-Street Band. Kurt Vile just happens to also be a Philly native and part of the band War on Drugs whose Wagonwheel Blues was quietly one of the best records of 2008. Vile's first record Constant Hitmaker should not be passed by either. God is Saying This to You is out now digitally on the vinyl and digital only label Mexican Summer.

Dictated but not read by StarkNY at 1:00 PM

Email ThisBlogThis!Share to TwitterShare to FacebookShare to Pinterest
Labels: God is Saying This To You, Kurt Vile, Mexican Summer, War on Drugs

thanks for the jamz. Lo fi is the new vampire weekend.